SAUDI ARRESTED FOR RISKING HIS & OTHERS LIVES

Posted by : Aahil Shaik May 21, 2018
SAUDI POLICE ARRESTED A CITIZEN FOR RISKING HIS LIFE & OTHER LIVES OF ROAD USERS

Saudi police arrested a citizen who jumped in front of a heavy truck as part of his dangerous stunt in a viral video in social media. Trending : Video recorder arrested for letting child fire machine gun


A Saudi citizen was arrested on the charges of risking his life in danger and the lives of the other road users as per the General Directorate of Traffic. The video became viral soon after it appeared in social networking sites. Recommend : 5 Pakistanis arrested for stealing smartphones worth 200,000

- The video footage shows, a man standing on the top of his car beside highway and suddenly jumps in front of a speeding truck, the driver was forced to change his road lanes. 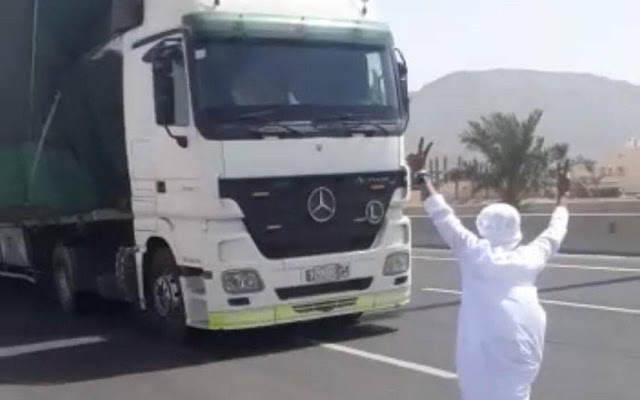 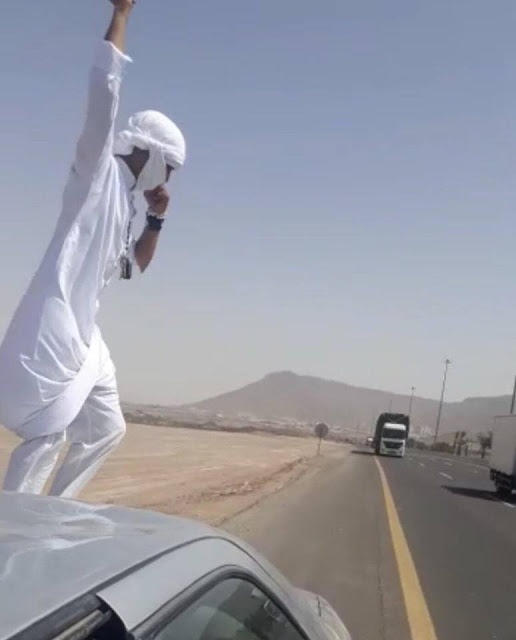