May 29, 2018
BABY BORN ON SAUDI  AIRLINES FLIGHT WITH THE HELP OF A DOCTOR & CABIN CREW

Saudi Airlines passengers from Jeddah to Cairo were in surprise after a doctor and cabin crew delivered a baby in the flight on April 23. Recommend : One riyal notes to disappear soon from Saudi Arabia market


As per Saudi Airlines, A passenger reported being in pain about an hour and a half into the flight, Upon a close check, Two members of cabin crew found she was going through labour pain. The Saudi Airlines staff happened to locate a specialist in obstetrics and gynecology among the passengers. Who used on board medical equipment to successfully deliver the baby 10 minutes before the flight landed. Read : Pictures of Emergency landed Saudi Airlines flight

- Laila Shukri and Ahmed Abu El Nasr were the parents of newborn, After the landing of flight immediately they were taen by a ambulance to the local hospital.

- According to Saudia statement, Saudi Airlines cabin crew are given specialized medical training on how to deal with various in flight medical emergencies. and the flight contain medical bags with medical devices and medicines necessary to respond in case of emergencies. Most Viewed : Latest Police clearance certificate experience


- In the year 2016 also similar situation happen in a flight between Jeddah and New York, where the flight forced to divert for emergency in London Heathrow. Trending : Saudi teen arrested for risking his life and other lives of road users 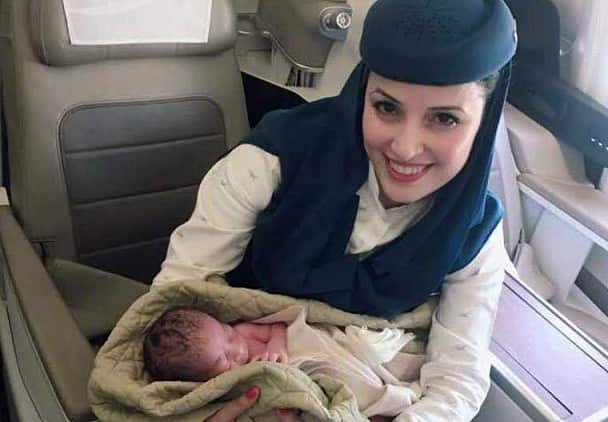