5 PAKISTANIS ARRESTED FOR STEALING SMARTPHONES WORTH 200,000

The security authorities of the Qassim district police, in coordination with the Riyadh Police, were able to arrest a gang of 5 Pakistanis, who was involved in breaking a telecom store in the city of Buraidah and stealing a number of mobile phones, valued at 200,000 riyals. Trending : Dammam police arrested 7 Pakistanis for sending fake lottery messages


According to the media spokesperson of the Qassim District police, the security authorities have followed a recent video clip, which shows five people breaking into a telecommunications store in Buraidah city and stole goods from it, while the police received a report about the incident from a Saudi citizen, After noticing his shop had been broken and robbed. See Also : Indian expat die in Riyadh after bitten by ant 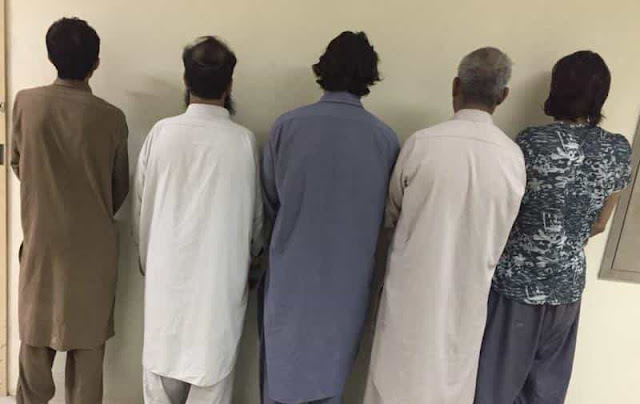 - The spokesman added that the Department of Criminal Investigation and research had began to investigate and monitor the incident, and the identity of the suspects, five Pakistanis aged between 30 and 40 years of age in Riyadh, in coordination with the Riyadh police, who were arrested yesterday with 100 mobile phones, arrested and taken into custody And then transfer them to the public prosecution. Read : 75 year old woman arrested for smuggling drugs


A video clip showing 5 people of Pakistani nationality at the time of Fajr was breaking and stealing a shop for selling smartphones, and the clip showed one of them coming out of the Buraidah shop carrying a number of mobile devices. This article is also published in Akhbaar 24 local news. You May Also Like : Fraud lottery prizes are hunting for expats and citizens of Saudi Arabia 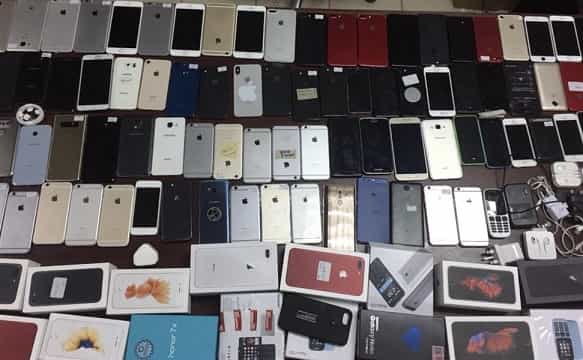