PENALTY ON SMOKING WHILE DRIVING IN SAUDI ARABIA

Posted by : Aahil Shaik Tuesday, March 6, 2018
SMOKING WHILE DRIVING IS ILLEGAL & IT WILL LEAD YOU TO PAY FINE IN SAUDI ARABIA

A tweet was seen from Saudi Arabia's Traffic Authority stating smoking while driving is illegal in the Kingdom and it gone viral within few hours of time. Trending : Procedure to apply driving license


The tweet came in response to several tweets from a user, who asked the traffic authority, is the act of smoking is considered as a violation as per the Saudi traffic law?

- Saudi authorities actually feel smoking might be distracting for the driver, so here is the answer, A traffic violation is recorded anytime a driver is distracted with anything other than driving their vehicle. So no more smoking while driving in the Kingdom of Saudi Arabia.


- One of the Saudi local newspaper reported, Smoking while driving is considered as an offense, The violator will be penalized with a minimum fine of 100 Saudi Riyals. Many users of twitter started their views on it.

- Some people thought banning people from smoking in cars is a great step as it can be distracting, while others reacted the news with sarcasm, resulted in a hilarious meltdown of Twitter.

- Few of the reactions are "I am scared, They are going to ban us from farting in our cars next", The other user reacted "Don't drive while driving.." another user expressed "Is speaking while driving is illegal too?".


- Traffic authorities introduced new electronic traffic management system and the things are going to be better in the coming years after its implementation, Authorities are still trying to further prevent traffic accident deaths. 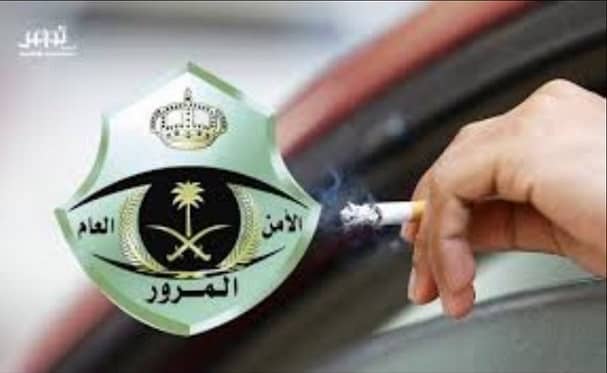