Little Boy Firas has been honored by the Emir of Hail in Saudi Arabia for shaving his all head hair to support his best friend, who is suffering from  alopecia (The partial or complete absence of hair from head). Trending : A man will face legal action for forcing toddler smoke


The little boy has won so many hearts for his act in his viral video, The video became a best example of friendship in the two little ones, which made this video viral and emotional to everyone in social media. Most Viewed : Jawazat processed 1.2 million final exit visas

The footage of the clip shows, A young boy had all his hair shaved off in solidarity to his best friend who suffers from alopecia, a hair loss condition. 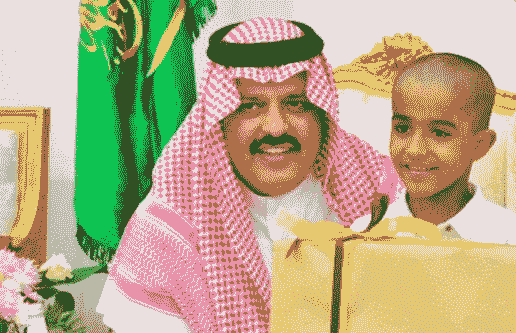