Saudi Arabia to operate new public service bus in Riyadh and Jeddah cities from Tuesday, The service will be operated by SAPTCO (Saudi Public Transport Company) under the supervision of  Ar Riyadh Development Authority (ADA).


As a promotional offer the tickets of the bus service will be sold in an offer price of 3 Saudi Riyals from one stop to another stop, as per the report of Saudi Press Agency. Saudi is engaging in number of projects to improve public transport in major cities.

- A supreme committee has been appointed by the cabinet to oversee the project, The committee will study the financial and social situation of citizens who owns and operates private buses across Saudi Arabia.


- Alternative solution has been proposed to Saudi private bus drivers, They can work as drivers for SAPTCO or can obtain a loan from Social Development Bank, if they have a wish to start new business.

- Those Saudi citizens who are not able to drive will be added to the Saudi social security programs. SAPTCO will announce the transaction's financial impact during the coming period.

- People who are traveling regularly are being encouraged to use the service in Riyadh and Jeddah cities and provide the feedback and suggestion for the improvement in the service.

- After the metro in Riyadh, Jeddah and Makkah, There will be a contract for a network of 400 buses with Saudi Nesma and Spain's TCC. 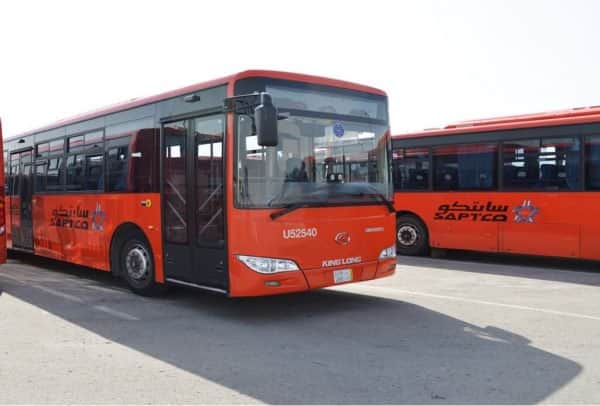