Saudi authorities have caught nearly 200,000 illegal expats living in Saudi Arabia, Most of them do not have even resident permits while the others resident and work permits are expired.


The Kingdom police caught nearly 2000 Expats while trying to cross the borders, most of the expats are Yemenis and Ethiopians. Saudi police have deported most of them who tried to enter Saudi Arabia illegally.

- Those who are residing illegally in Saudi Arabia were given 90 days of time from the end of March to flee the country before facing any prosecution or paying penalties. 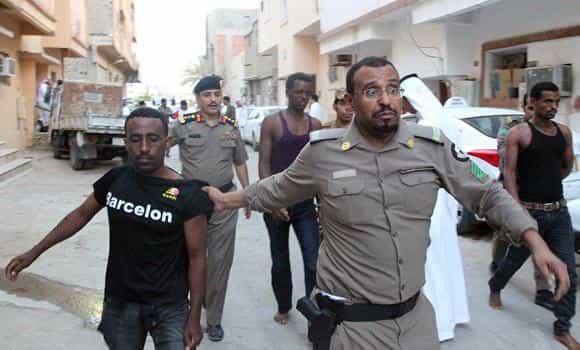