A Nine year old Jack Davis applied for a 'Planetary Protection Officer' job by writing a letter to NASA, Jack Davis is a resident of New Jersey and he is a 4th grade student, NASA responded his letter in a great support and encouragement.


9 year old boy wrote a letter to NASA as follows :

My name is Jack Davis and I would like to apply for the planetary protection officer job. I may be nine but I think I would be fit for the Job. One of the reasons is my sister says, I am an alien also, I have seen almost all the space and alien movies. I can see, I have also seen the show Marvel Agents of Shield and hope to see the movie Men in Black. I am great at video games, I am young so I can learn to think like an Alien. 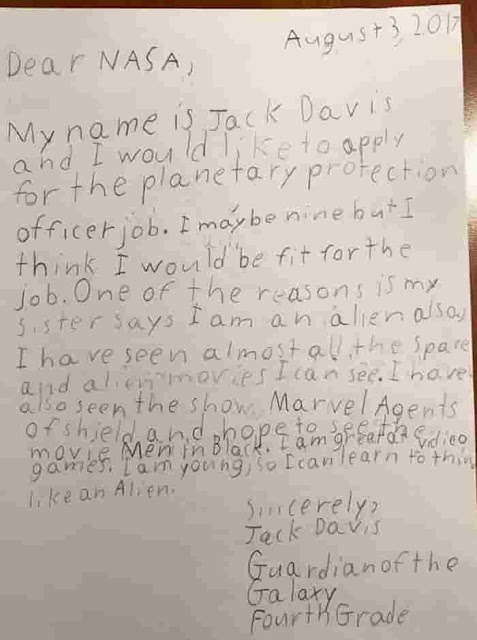 I hear you are a "Gaurdian of the Galaxy" and you're interested in being a NASA Planetary Protection Officer, That's great!


Our Planetary Protection Officer position is really cool and is very important work. It's about protecting Earth from tiny microbes when we bring back samples from the Moon, asteroids and Mars. It's also about protecting other planets and moons from our germs as we responsibly explore the Solar System.

We are always looking for bright future scientists and engineers to help us, so I hope you will study hard and do well in school. We hope to see you here at NASA one of these days! 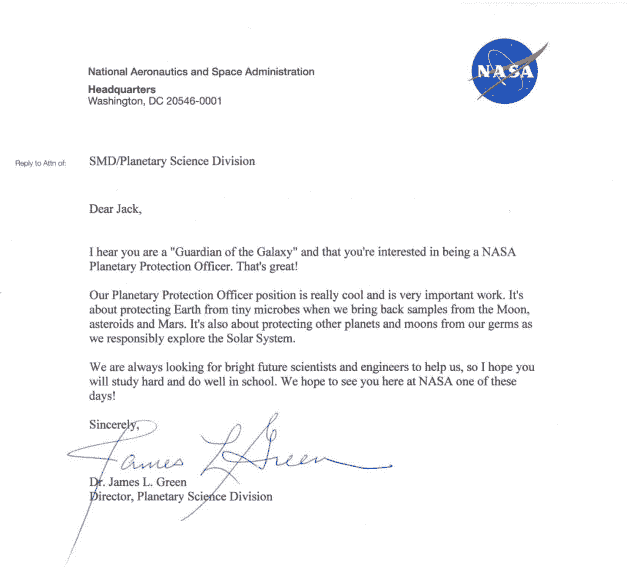