TRANSFER TO NEW EMPLOYER WITHOUT KAFEEL

Posted by : Aahil Shaik Tuesday, July 11, 2017
TRANSFER TO NEW EMPLOYER IF YOU MET ANY OF THIS CASES

The Ministry of Labor and Social Development announced that a worker can transfer his sponsorship to another employer, If he met any of the below conditions or  if he proves his current employer delayed his salary for 3 months continuously without any reason. Most Viewed : Conditions for transferring to new employer


Labor and Social Development Minister Dr. Ali Bin Nasser Ghafis had issued a ministerial decision to approve the sponsorship transfers of domestic workers if they met in any of these below cases. Related : Procedure to Transfer Car ownership

1. If the Salary of the employee or domestic worker is delayed for 3 months continuously with out any proper or valid reason.

2. If the employer or his representative not received a domestic worker from the port of Arrival, then also domestic workers can able to transfer their sponsorship to the new employer.


3. If the employer not received his domestic worker from the accommodation within 15 days from the date of arrival into the Kingdom.

4. In case of failure of the employer to take out to the establishment or work place of a worker. Similar : Iqama transfer conditions

5. If the employer fails to Issue a work permit or renewal of license to employee or worker even after the 30 days of the expiration date.

6. If the employer is allowing worker to work for another employer with out the knowledge of the worker.

8. If the worker was assigned to do dangerous work, where his health, life or the safety of body is threaten, Then the worker can leave the employer without his approval.

9. If the worker has evidence of ill treatment by the employer or his family members. Similar : Check criminal report on Iqama

10. If the complaint is received from the worker against the employer and cause the employer to prolong its consideration.


11. In case of employer filed an incorrect complaint of 'absent from work' against the domestic worker, then he will get a right to leave the current kafeel.

12. If the employer or his representative not attended near the related authority to report on the complaint submitted by the worker. Trending : Employer violation penalties in Saudi

13. In case of employer is absent either out of country or imprisonment or death or any other reason and the salary is not received for the last 3 months.


As per the resolution, New employer may allowed the worker to work in probation before the transfer of its services, this period should not exceed 15 days, after getting a notice of transfer, new employer have to pay all the transfer service fee and bear the costs of shelter for worker in government accommodation which costs 150 Riyal per day. 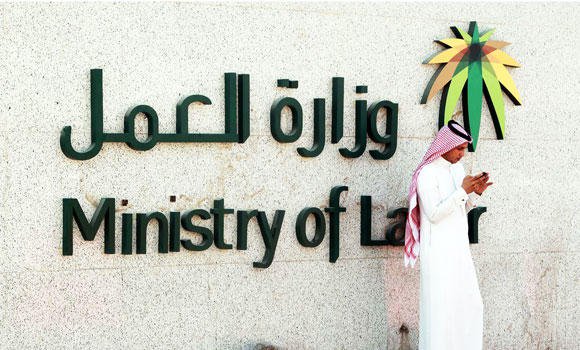