WOLF ATTACKED A KID IN SHOPPING MALL OF KSA

A Three year old boy luckily escaped from a wild wolf in a shopping mall of Ar Ar city in Saudi Arabia. Wolf was in a cage of shopping mall to attract the visitors and shoppers. Trending : Fee on Saudi Expats from July 2017


As the boy was away from parents inattention, He went near the wolf cage, where the wolf attacked him and left a deep wound on his hand. Injured child was immediately taken to the hospital where he received the proper treatment. Hot : 100% Tax on cigarette in KSA

- The incident was reported to the local police and An investigation has been started on this incident to take a proper action on this case. More details will be revealed on it, once the investigation is completed.


- Local citizens and residents showered with anger statements on a mall, As the wild animal kept inside the mall, where families and children visit for shopping, dinning and relaxing. Recommend : Check your salary details online in Saudi Arabia

- Social media users posted their views on the incident, Few people suggested, it would be more better, if it was colorful birds instead of wild animals. Some people blamed them for irresponsibility and asking to keep wild animals only in zoo.


- This is the second situation in Saudi Arabia, where wild animals attacked children, Before a month, A young girl was attacked by a tiger in a promotion show, where the girl life was in threat. Related : Harmful comments lands you in Jail in Saudi Arabia


- Thanks to the trainer who controlled the situation by handling the tiger, Safety measures should be taken, if the wild animals used for entertaining as their nature will not be changed to attack. Know this : Ministries of Saudi Arabia 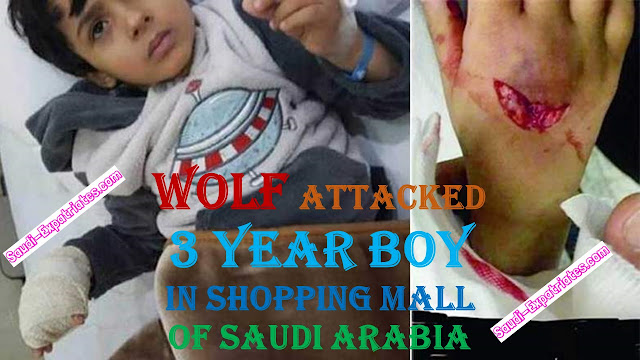