A Saudi Arabian Airlines flight was emergency landed at Karachi Airport on Thursday, The flight was departure from Lucknow, India and was traveling to Jeddah, Saudi Arabia, Report confirmed by Saudia Airlines officials. Trending : Riyadh domestic flights from terminal 5


After the flight take off from Lucknow, India the pilot suffered health issues, The Co-pilot took the control of the flight and coordinate and force the authorities of Jeddah and Karachi airports to make emergency landing at Karachi Airport, Pakistan. Most Viewed : Flight delay compensation as per GACA


- The co-pilot landed the plane safely in Karachi Airport, No further details was given on the health issue of the pilot, But the pilot received the necessary tests and transferred to the hospital for the further treatment. Recommend : Airport tax in Saudi Arabia


- Passengers of the flight were taken off and sent to the airport for waiting, A new replacement flight with fresh crew taken the passengers to Jeddah's King Abdulaziz International Airport. See Also : Get your Saudia Alfursan card 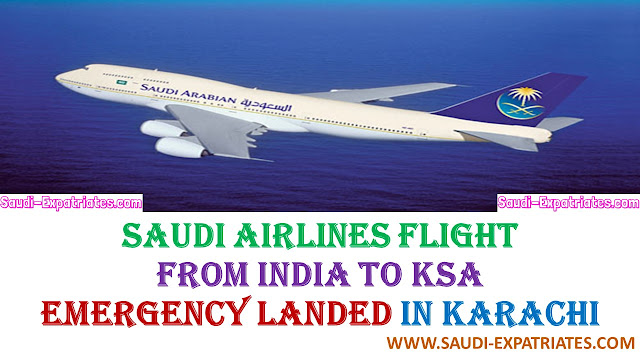