In the ruling of King Salman bin Abdulaziz, The Kingdom of Saudi Arabia is about to replace the one Riyal paper note with a metal coin in its 6th release of banknotes and coins. More information about this will be reveal officially on this Tuesday. Hot Topic : Report labor violation in Saudi and get reward


One of the official person from the Saudi Arabian Monetary Authority (SAMA) said the release of new currency will be revealed this Tuesday with new designs and it will be more secure in reducing forgery operations. Trending : Riyadh Cleaner became celebrity overnight

- SAMA (Saudi Arabian Monetary Authority) is planning to stop printing of 1 Saudi Riyal note. It is in report that instead of SR1 note there will be a coin of SR 1/- and SR 2/-.


- The main aim of SAMA and Government is to make sure atleast 80% of the people in Saudi Arabia use electronic money instead of cash. As of now 84% of the Saudi population is using cash for paying various transactions instead of electronic money. Most Viewed : No Umrah visa fee for first Umrah in each Islamic year

- The 6th release of the banknotes and coins are on the top technical level as it is carrying strongest security marks amid affirmation. As of now SAMA does not have any intend for issuing SR 1000/- note.


- The new currency has added security lines and new features, It is hard to forgery the new release of metal coins and paper currency. The Kingdom has set a period of one year for finishing the replacement duration. Recommend : End of Whatsapp for millions of users from 2017

- According to the General Authority of Statistics, Saudi economy is grown by 1.5% in the first half of 2016 compared to 4.1% in the second half of 2015 said Ahmed Al-Kholifey the governor of Saudi Arabian Monetary Authority (SAMA).


- Ahmed Al-Kholifey also said that as per the latest review of statistics authority in September the inflation rate is dropped by 3% since the beginning of the year. Related : Money Exchange center loose billions 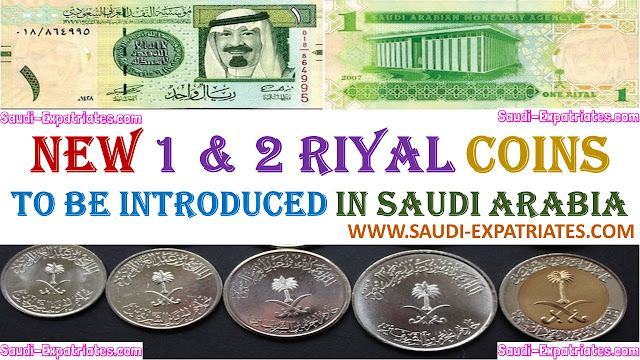