Huroob reported workers of the Kingdom are no more allowed to enter into Saudi Arabia. Workers who ran from their sponsors and the sponsors reported them as huroob are now ban from entering into KSA. Recommend : What is Huroob?


- If an expatriate run away from his sponsor he will be fined SR 100,000 including deportation and banned from entering into Saudi Arabia again. Related : Possible ways to remove Huroob

- Last year itself, Makkah region deported 480,000 expatriates for violating the laws of residency and work. About 16,386 citizens and expats including women are fined for sheltering and transporting the illegal expatriates. Trending : How to comeback to Saudi Arabia in expired exit re entry visa


- Staying in Kingdom with expired visit visas or Umrah visas is a violation and employing such dependents is against the law, action will be taken against such violators. Similar : How to check huroob status

- Citizens helping in transporting illegal expatriates will be fined up to SR 100,000 with a jail term about 2 years and the closure of their establishments including 5 years ban from recruiting.

As per the report published in Al Madina Arabic daily and Saudi Gazette, Director of Makkah passports police Maj. Gen. Khalafallah Al Tuwairqi informed about this. See Also : How to take final exit in huroob 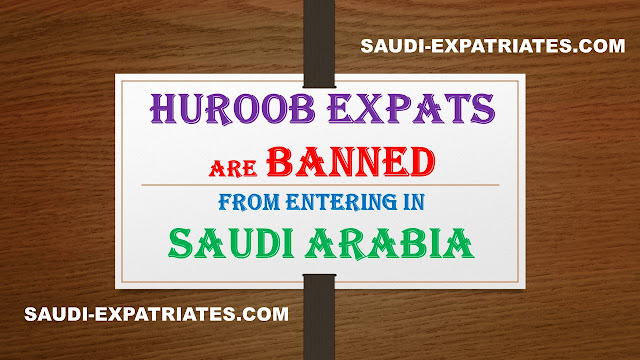