Surat based Indian wealthy diamond business man named Dholakia is about to gift 400 flats and 1260 cars for his well performed employees as part of Diwali gifts. Last year he presented 491 cars and 200 flats to his employees.


- Before last year he spent 50 crore Indian rupees as part of incentives to his employees, He is a billionaire diamond merchant and well known for his benevolent Diwali Gifts.


- According to him, his company already selected 1716 employees as best performers for this year. They are arranging houses for those who already owns cars , Those who do not have four wheeler's will get a car.

- Savji Dholakia is a diamond business merchant, he started his business by taking a loan from his uncle, He owns Krishna Exports.


- Diwali or Deepawali is about to celebrate in India by Hindus on October 30th of this year. Schools, Colleges, Private sectors and Public sectors will get special holidays for Diwali celebration. 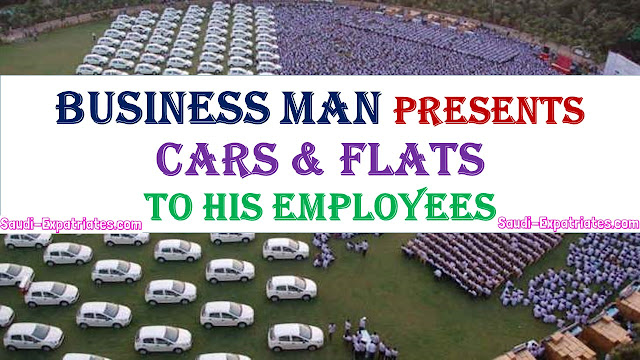