Arab countries including Saudi Arabia and Islamic and regional organizations have condemned the burning of a copy of the Holy Quran in front of the Turkish embassy in Sweden, which caused outrage and anger among Muslims all over the world.

The Ministry of Foreign Affairs in Saudi Arabia expresses strong condemnation and denunciation of the Swedish authorities allowing an extremist to burn a copy of the Holy Quran in front of the Turkish Embassy in Stockholm.
- The Saudi Arabia's Ministry reiterated the Kingdom's firm position calling for the importance of spreading the values of dialogue, tolerance and coexistence, and rejecting hatred and extremism. Trending : Saudi Arabia's visa for 96 hours, on purchasing Saudi Airline ticket
- Egypt also expressed its strong condemnation and warned the Egyptian Foreign Ministry in a statement, of the dangers of spreading such acts that fuel hatred and violence.
- Kuwait strongly condemned and denounced the burning of the Holy Quran in the Swedish Capital, highlighting that this incident would inflame the feelings of the Muslims around the world and constitute a dangerous provocation for them.

- Kuwaiti Foreign Minister Sheikh Salem Abdullah Al-Jaber Al-Sabah called on the international community to assume its responsibilities to prevent such unacceptable acts, reject forms of hatred and extrem!sm, and hold the perpetrators accountable.
- The Jordanian Foreign Ministry also condemned the act highlighting Jordan's rejection and condemnation of this act that fuels hatred and violence, highlighting respect for each other, and calling on everyone to abide by it.
- Moroccan Ministry of Foreign Affairs expressed its astonishment that the Swedish authorities allowed this unacceptable act that took place in front of the Swedish Security forces and called on them to intervene in order not to allow harm the Holy Qu'ran and the sacred religious symbols of Muslims. Most Viewed : The largest donation of billions and trillions happening every year, in an irregular and invisible way
- The Moroccan Ministry also highlighted that this heinous act, which affects the feelings of more than a billion Muslims, is likely to fuel feelings of anger and hatred between religious and people. Adding that, the values of tolerance and coexistence require not double standards and dealing with the same firmness and rigor with every attack on the sanctities of religions and the feelings of their adherents.

- The State of Qatar condemns and denounces in the strongest terms the Swedish authorities on these act, it also explained that this vile incident is an act of incitement and a serious provocation to the feelings of over two billion Muslims around the world.
- The Ministry affirms its rejection of all forms of hate speech based on religion or race in addition to rejecting the involvement sanctities in political disputes. The Ministry warns the hate campaigns against Islam and discourse of Islam-o-phobia witnessed a dangerous escalation through the continued systematic calls for repeated targeting of Muslims in the world. The Ministry support the values of tolerance and coexistence and its keenness to establish principles of international peace and security through dialogue and understanding. Recommend : World's 20 largest Muslim population countries
- The Muslim World League also condemned this incident, and described it as an absurd, provocative and disgraceful act carried out by an extrem!st in Sweden. The authority reaffirmed that such barbaric risks will only increase the faith of Muslims and steadfastness on their values that always calls for peace and coexistence and will only increase them by sincere support around their national states and an effective contribution to strengthening its stability and harmony.

- The Organization of Islamic Cooperation also condemned this act. The Cooperation Council of Arab States of the Gulf also condemned such acts, calling on the international community to assume responsibilities to stop such unacceptable acts. The GCC's firm position calling for the importance of spreading the values of dialogue, tolerance and peaceful coexistence and rejecting hatred and extrem!sm.
- Pakistan and other countries strongly condemns the abhorrent act  of desecration of the Holy Quran in Sweden. See Also : Saudi Arabia tops in list of donor countries that providing aid to World 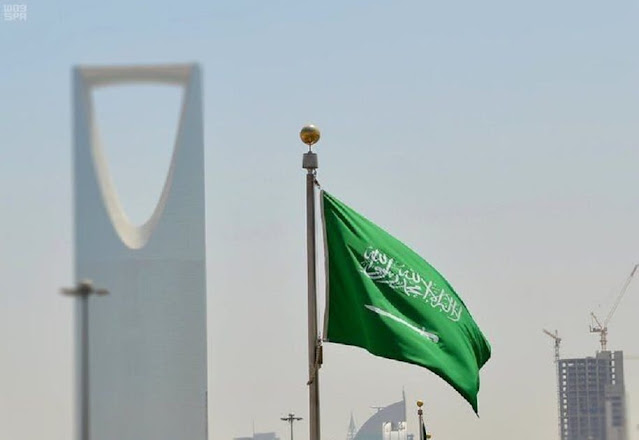 This is where Snow falls in Saudi Arabia
Share This