The General Directorate of Passports (Jawazat) in Saudi Arabia restated that Saudi nationals have been banned from traveling to 16 countries due to to Corona virus cases in those countries. Subscribe to Saudi Expatriates YouTube channel

The list of these 16 countries includes Afghanistan, Armenia, Belarus, Congo, Ethiopia, India, Indonesia, Iran, Lebanon, Libya, Somalia, Syria, Turkey, Venezuela, Vietnam and Yemen.
- Earlier this, Jawazat confirmed that the validity of passports for those who wants to travel to non-Arab countries must be valid for more than 6 months. While for traveling to Arab countries the passport should be valid for more than 3 months. Trending : So far, no cases of Monkeypox in Saudi Arabia - Ministry of Health
- Saudi citizens who wants to travel to the GCC countries, their National ID must be valid for more than 3 months. In order to travel the soft copy of National ID on Absher and Tawakkalna applications is not sufficient for travel to GCC countries.

- Citizens must carry their original ID card and family registry must be produced for travel in addition to a document of proof of dependents inside the Kingdom whose holders and unable to travel to the Gulf countries.
- The health requirements for Saudis who wants to travel outside the Kingdom must have received 3 doses of the vaccine against corona virus or do not have passed 3 months after taking the 2nd dose of the vaccine. With exceptions for some groups who are exempted from this on the medical grounds as per their status on Tawakkalna application. Most Viewed : Fines for those who refused to participate in Saudi Census 2022

- Those Saudi citizens who are under the age groups of 16 and 12 are required to receive two doses of vaccine against corona virus in order to travel outside the Kingdom.
- For those who are below 12 years, they are required to get an insurance policy against coronavirus while traveling outside the Kingdom, added Jawazat in Saudi Arabia. See Also : 2nd booster dose against Corona virus is now available for these categories in Saudi Arabia 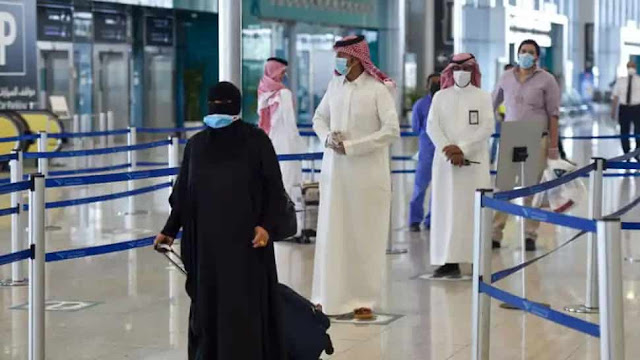