The CEO of Saudi Airlines (Saudia), Ibrahim Koshy revealed that the company has signed agreements to equip its aircrafts with new entertainment and communication systems, which allow passengers on its flight to enjoy Netflix services and Communication and meeting programs such as Zoom. Follow Saudi Expatriates on Pinterest

While speaking to Al-Arabiya, Ibrahim Koshy confirmed that these changes are among many major changes to come on its flights. He added that Yesterday, Saudi Airlines launched the BEYOND program for the new in-flight entertainment system.
- The new In-Flight Entertainment (IFE) system is expected to further transform Saudi Airlines onboard experience with more than 5,000 hours of IID content including Eastern and Western films and TV shows, as well as library of e-books, weather reports, shopping, meal ordering, flight information and agenda timeline. Trending : Saudi Arabia starts counting its population as part Saudi Census 2022
- The Beyond program also features the largest Islamic content in the skies, with guests notified of prayer times throughout the journey, A distinct Kid mode, which allows younger guests to enjoy their favorite cartoons, movies and games.

- The program also offers a range of other features like the status of flight, real time view of the sky during takeoff and landing from cameras. Guests onboard can also enjoy shopping and browsing the latest products from the comfort of their seat.
- We have never stop improving our product, The new IFE system will further transform Saudi Airlines onboard experience said Essam Akhonbay, the Vice President of Saudi Airlines. The CEO of Saudia stated that, we have received many awards in the past period on the scale of our aircraft and lounges. Most Viewed : Saudi visitors can perform Umrah after booking permit through Eatmarna app 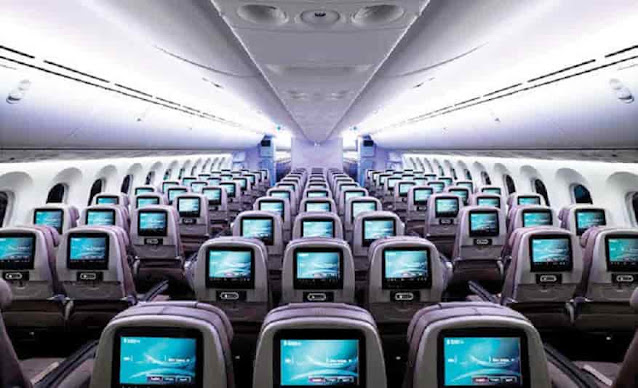