Saudi Arabia ranked 2nd in the list of the most flexible countries in dealing with Covid-19 for the month of January 2022, in a qualitative progress that reflects the effectiveness of health and economic response plans developed by the Kingdom government in dealing with the pandemic, as per Bloomberg's Covid Resilience Ranking for January.

The Kingdom scored 77.8 points by progressing about 18 places from its previous classification in the list that measures the response of the 53 largest economies in the world to the pandemic.
- The health minister, Fahd Al-Jalajil said, "A rational leadership put human health first, and a society that interacted with awareness positively, which resulted in Saudi Arabia being second in the face of Corona." Trending : Saudi Foundation Day holiday is for both private and public sector workers - Minister of Human Resources
- The United Arab Emirates (UAE) ranked first in Bloomberg's COVID Resilience Ranking with 78.9 points, after advancing two places from the last classification.

- This progress made by the Kingdom in the list, is a practical indication of the effectiveness of the vaccine programs adopted by the Saudi government, the access to high levels of vaccination with the 1st and 2nd doses, and the continuation of inviting the population to get the booster doses that have proven effective in confronting the Omicron mutant in a large way, in addition to the strong economic expectations and continued to the policy of opening the economy, travel and easing restrictions.
- These indicators that reveal the effectiveness of the health and economic plans in the Kingdom come about 10 days after the launch of the IHS Markit index, its expectations that the Saudi economy will record, during the last quarter of 2021, the highest levels of growth among the G20 countries at 11.1%. Recommend : Ministry of Interior warns for violating quarantine instructions
- These figures that come in light of the great support, unlimited and direct supervision that the Saudi Vision 2030 programs enjoy through Prince Muhammad bin Salman, Crown Prince, Deputy Prime Minister and Chairman of the Council for Economic and Development Affairs, to demonstrate the strength and efficiency of the economic reforms undertaken by the Kingdom since 2016, which had a great impact in overcoming the consequences of the corona pandemic with minimal loss, despite the sharp declines in oil prices.

- The Bloomberg Index set the Kingdom and several other countries as one of the countries most determined to coexist with the virus and reopen their economies.
- The report explained that the Kingdom is witnessing an approach that relies on combining receiving the vaccine completely and continuing the openness to travel without returning to economic closures, as it stated that the Saudi economy is expected to witness strong growth with the continued rise in oil prices. See Also : Four expats arrested for insulting Saudi flag
- Saudi Arabia's second rank in Bloomberg Agency’s ranking of the 53 largest economies in the world in response to the Covid-19 virus. To enhance reliability in its economy and medical efforts at a time when many countries of the world have returned to economic closure policies for fear of the collapse of their medical systems.

- The virus strength rating is a snapshot each month of where the virus is being handled most effectively with the least social and economic impacts.
- The ranking shows how the world's 53 largest economies are responding to the same once in a century threat, based on 12 data indicators including virus containment, health care quality, vaccine coverage, overall deaths, and progress toward resuming travel. Follow Saudi Expatriates on Linkedin
Bloomberg's COVID Resilience Ranking for January 2022 :
1. United Arab Emirates with 78.9 points
2. Saudi Arabia with 77.8 points
3. Finland with 70.1 points 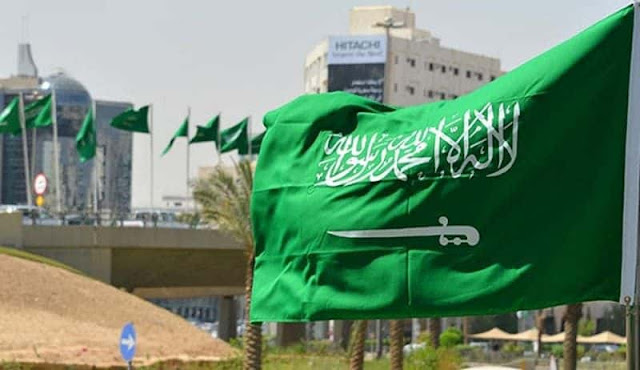