The spokesperson for the Ministry of Health in Saudi Arabia, Muhammad Al-Abdali, revealed what it means to classify the Omicron variant as worrying by the World Health Organization (WHO).

During the press conference held on Wednesday, He said that "the alarming variants changes mean, if infected with the virus, can cause changes and mutations that could be large in number, which led to a change in epidemiological patterns".
- Al-Abdali pointed out that the 3 most important epidemiological patterns, first is that the spread of the virus between people increases, or that there is a severity in the disease, in terms of the need for medical care or hypnosis, second is increase in the incidence of deaths and the third pattern is the occurrence of a decrease in the effectiveness of vaccines against mutation. Trending : Immune status in Tawakkalna is a condition to enter Public, Private and non-profit sectors - Ministry of Human Resources
- He highlighted the measures and caution at this stage are very important, stressing that the health status of Tawakkalna is important for everyone in the Kingdom.

- Today (On 4th December), Saudi Arabia recorded 29 new corona infections, 21 recoveries and 2 deaths in the past 24 hours, raising the total corona cases in the Kingdom to 549,877 of them 539,011 recovered with 8,842 deaths.
- Active corona cases in Saudi Arabia, slightly raised to 2,024 of which 39 are critical. Jeddah tops in active cases with 235, Riyadh with 112, Madina with 110, while Makkah has 107 active corona infections. Recommend : Booster dose is must to maintain Immune status from 1st February in Saudi Arabia 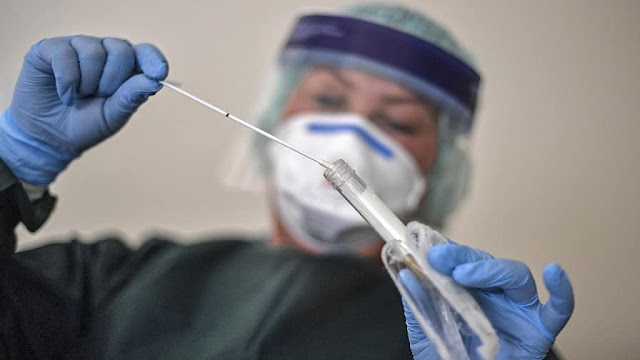