The General Directorate of Passports (Jawazat) in Saudi Arabia has set the conditions and steps for the cancellation of exit re-entry and final exit visa.

Saudi Jawazat explained on Absher that the service of cancelling the final exit, exit re-entry visa allows an individual with family members or domestic workers to cancel the visas.
The Jawazat sets the below conditions for canceling the Final Exit and Exit Re-Entry visas :
1. The absence of earlier violation of not canceling an issued or unused visa.
2. Cancellation takes place within 90 days from the date of visa issuance or before the return date shown on the visa (whichever comes first). Trending : Jawazat warns against self-employment in Saudi Arabia

3. If the issued visa is not canceled or used within the specified period, fines will be applied according to the regulations.
4. The presence of the individual for whom the visa is to be canceled inside Saudi Arabia when the visa is canceled.
Steps to cancel the final exit visa or exit re-entry for domestic workers are as follows:
* Go the Labor Services in Absher, then choose Services and then Visas. Recommend : Exit Re-Entry visa cannot be converted into Final Exit for expat outside the Kingdom

Steps for requesting to issue an exit and re-entry visa or a final exit visa, as follows:
* Login to Absher, Click on 'My Services', then select Services, choose Passports, click on Visa application, select the desired service and click on it. See Also : Iqama renewal is possible for Expats outside the Kingdom

- The Absher platform clarified that after submitting the application, there is a waiting period of 10 days, stating that a period of 5 days is available for the resident expat after the waiting period to issue an exit and return visa after paying the fees.
- Jawazat confirmed that the validity of exit and return visas is 3 months from the date of travel if it is specified in months, but if it is specified in days or return before, it is calculated from the date of issuance. Follow Saudi Expatriates on Whatsapp 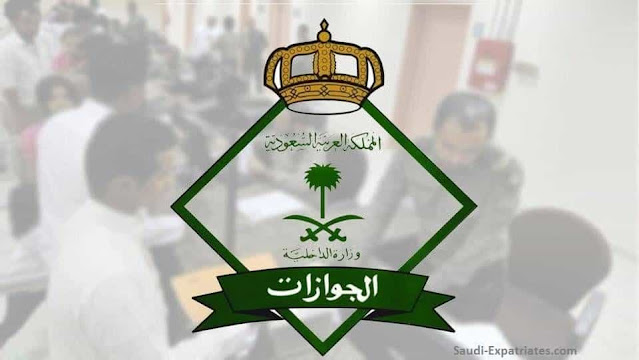