The security spokesman for the Ministry of Interior in Saudi Arabia, Colonel Talal Al-Shalhoub, clarified that the recently announced decision to lift the travel ban is for both citizens and resident expats, unless they traveled through one of the suspended countries. See Also : Education Ministry to mark absent to non-vaccinated students starting Today

During the press conference held Today, he added that the decision includes allowing citizens of these countries to come to Kingdom, unless they have traveled to the countries from which they are suspended so far.
- Al-Shalhoub further explained that, whoever traveled to the suspended countries, he is required to stay 14 days in any third country which is not in banned list of the Kingdom, after that he can enter into the Kingdom. Trending : The Curve of Corona infections in the Kingdom decreased to 95% in Saudi Arabia
- Recently, Saudi Arabia announced whoever received fully vaccination in the Kingdom can enter directly into Saudi Arabia even from suspended countries.

Fine for trying to perform Umrah without permit :
- The spokesman of the Ministry of Interior warned anyone who tries to perform Umrah without a permit, highlighting that the penalty for that act is a 10,000 riyals fine.
- He highlighted that all individuals and companies must stick to the approved instructions, explaining to the epidemiological curve in the Kingdom witnessing a noticeable decrease in new corona cases, which indicates well and calls us to continue to follow to the precautionary measures. Follow Saudi Expatriates on Google News 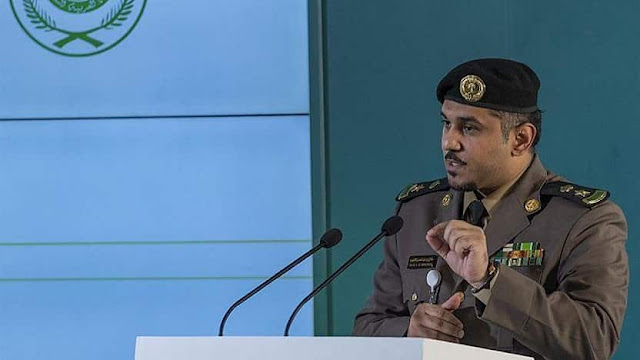