The Administration of Haramain High Speed Train revealed the baggage weight allowed for each passenger, pointing out that each passenger is allowed to get only one bag, and another small handbag. Follow Saudi Expatriates on imo

The Al-Haramain Train through its official Twitter account said, "For travelers through the Al-Haramain Express train, the weight of the luggage for each passenger should not exceed the permissible weight, so that each passenger is allowed only one bag, and another small handbag that can be carried inside the train." Trending : Ministry reveals the expected date of vaccinating 70% of Kingdom population
- Al-Haramain Train added that, "Each passenger in the business and economy classes is allowed to check-in one bag of 25 kg of size, 35 cm x 55 cm x 65 cm, in addition to a small handbag."
- The Administration of Haramain Train had also announced the travel procedures and the closing time of the gates before the train left the station, explaining that travel procedures start 60 minutes before the train time, and the gates will be closed 10 minutes before the departure time. Read : Return of age group of 12 and above in Grand Mosque of Makkah 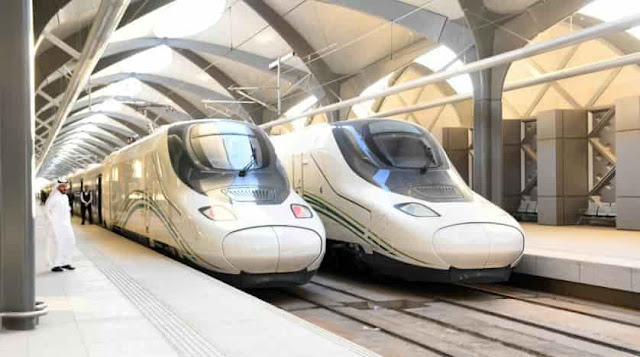 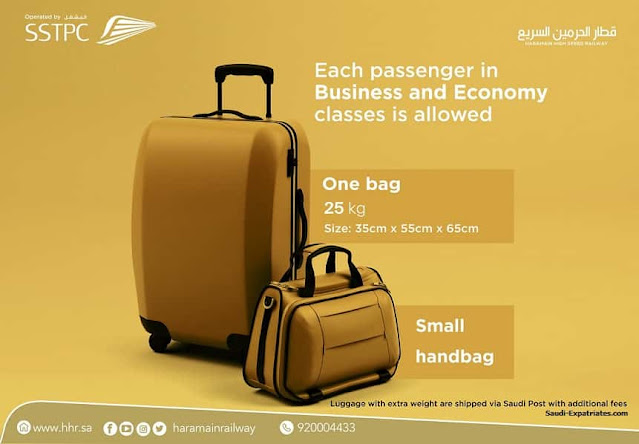