The Saudi Spanish Train Projects Company (SSTPC), the operator of the Haramain Express Train, announced the death of a person who was irregularly on the train track, near Makkah Al Mukarramah Station.

The Saudi Spanish projects company for trains explained that, approximately at 9:05 AM of this morning, an unfortunate collision occurred for a person who was irregularly on the track of the railway, some distance away. About 4 kilometres away from the Makkah Al-Mukarramah station, where this incident led to his death, may God have mercy on him. The competent authorities dealt with the incident at the time.
- The company expressed its deep regret and deep sorrow over the occurrence of this incident, and it asks God Almighty to have mercy on the deceased, and extends its sincerest condolences to his relatives. Read : Allowed baggage to carry on SAR trains
- The company assured everyone of the importance of staying away from the railway bounds and the danger of approaching it to ensure the safety of everyone and to prevent the repeating of such incidents in the future.
- The Saudi Spanish Projects Company for Trains (the operator of the Haramain Express Train) also apologizes to all its valued customers for the delay of some of its trains this morning because of this incident, and confirms that it has resumed all its scheduled trains as per the schedules. Read : Penalties for attacking on railways of Saudi Arabia 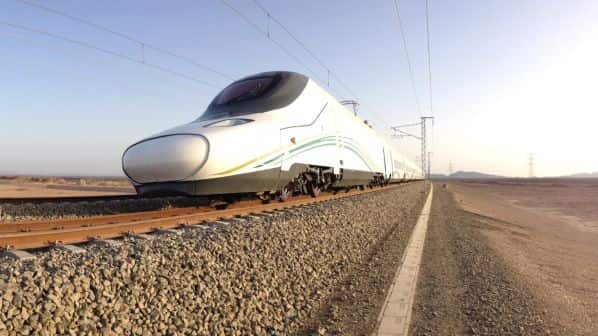 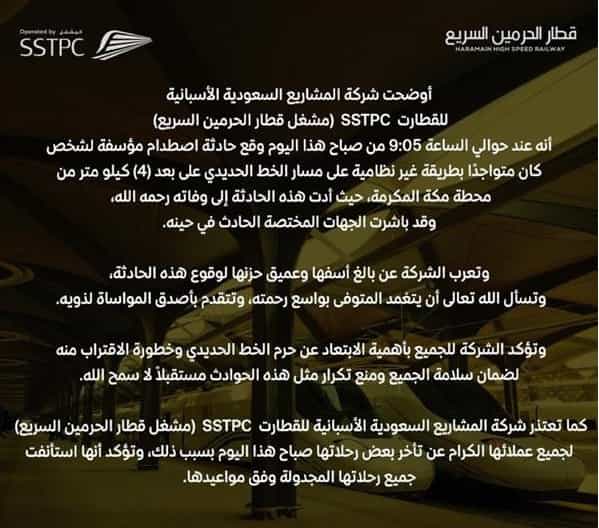