The Ministry of Hajj and Umrah said that permits of Umrah and visits to the Two Holy Mosques during the holy month of Ramadan to be given to those who have been vaccinated against Corona virus. The Ministry has been decided to raise the operational capacity of the Grand Mosque in Makkah.

Starting from 1st Ramadan, permits will be issued only for the immunized persons as per their status in Tawakkalna application, including those who have spent 14 days after getting their first dose of the vaccine or those who have recovered from Covid-19, clarifies the ministry.
- The procedure for getting Umrah permit or prayer permit or visit to the Grand Mosque and Prophet's Mosque must be completed through Eatmarna and Tawakkalna apps by reserving the available time slot and that is in line with the possible operational capacity in compliance with precautionary measures.
- Showing the permits and verifying their validity will be through Tawakkalna app directly from user account in the app.
- The General President for the Affairs of the Two Holy Mosques, Sheikh Dr. Abdul-Rahman bin Abdulaziz Al-Sudais, said that the requirement of a "Immuznied" entry into the Two Holy Mosques reflects the leadership's concern for the health of the worshipers in the Two Holy Mosques and their intended destination.
- He pointed out that the wise leadership has spared no effort in the way of taking all preventive and precautionary measures that contribute, to ensuring the performance of rituals and acts of worship in the Grand Mosque and the Prophet's Mosque in a healthy environment that meets all the global health standards used in confronting the global pandemic.
- He called on everyone who comes to the Grand Mosque and the Prophet's Mosque to stick to the instructions and procedures recommended by the concerned authorities to limit the spread of the global pandemic. 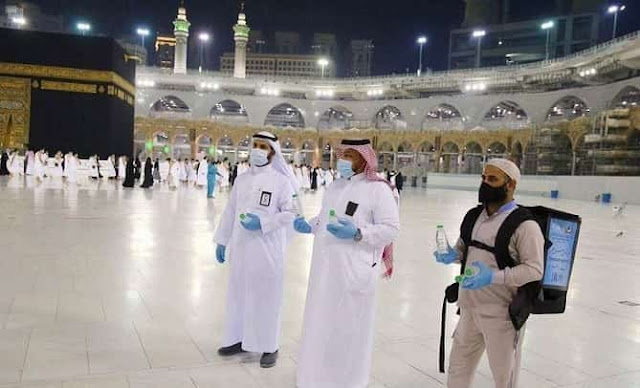