"WhatsApp" application owned by Facebook, that provides a messaging service between people, has raised the concerns of the application users after it announced a change in the privacy policy. To ensure that Facebook does not share their data with other parties for the purpose of achieving more profits.

Recently, Elon Musk, president of Tesla, a company specialized in the manufacture of electric cars, came out to draw the world's attention to the "Signal" application and demanded that everyone use it as a safe alternative to " WhatsApp ".
- The "Signal" application can provide all the services provided by "WhatsApp", from sending pictures and video clips, to conversation between people and groups, and voice and video calls, but it is famous for not display user data to other parties for profit. Trending : Saudi Arabia updated its Fuel prices for January 2021
- Specialists in social networking sites and applications have decided that Signal is esteemed from WhatsApp by 4 features.
1. It is an open source and encrypted application, which makes it the most secure application among all similar applications, as well as that it is owned by a non-profit organization that makes provision of communications, The safety among the people is its goal. It supports end-to-end encryption technology so that the organization itself cannot crack the encrypted conversations between users.
2. Signal application does not collect the user’s personal data and therefore it cannot share it with any other party to make a profit, unlike WhatsApp, which collects a lot of data in preparation for sharing it with parties and companies. Other.
3. "Signal" application saves a backup copy of messages and photos on the user's device itself and not in the cloud storage service or Google Drive, as WhatsApp does.
- The application protects this backup copy with a secret password of thirty digits, which makes it very difficult if not impossible to bypass it. Recommend : Saudi Arabia reveals its plan about Future City in Neom
4. "Signal" application is that no one will be able to add the user to a group conversation without prior consent from him first. An invitation to join the group will be sent first. 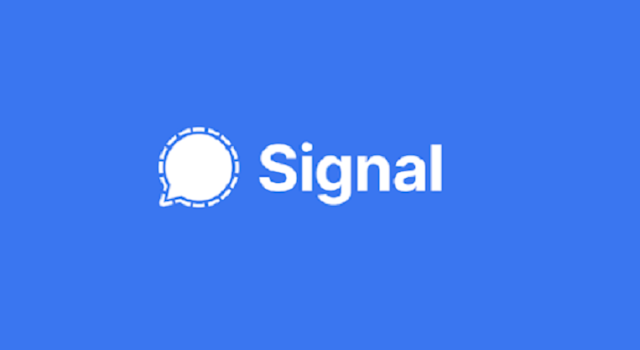