A consultant of medical biology and genetic diseases, Dr. Aref Al-Omari said that the Corona virus (Covid-19) vaccine has reached the Kingdom of Saudi Arabia, indicating that it is now ready for use.

The Saudi doctor explained in his remarks to the "Al-Akhbariya" news channel, that the elderly, people with chronic diseases, private care homes and health practitioners are the first groups to be vaccinated currently, he pointed that there is a mechanism that the Ministry of Health will announce it in the near future.
- He specified that those target groups all over Saudi Arabia will receive the vaccine without differentiating between one city and another, highlighting that the Corona vaccine is very safe reported Ajel. Trending : Saudization of Mosque's Imams and Muezzins in Commercial complexes prayer halls
- The official spokesman for the Ministry of Health, Dr. Muhammad Al-Abdel-Aali, said that the Kingdom was able to make very important contracts with companies developing the Coronavirus vaccine, indicating that Saudi Arabia will be one of the first countries in which the vaccine will be available.
- Al Abdel Aali confirmed at the Corona developments conference, held Today, the statistics of cases in the Kingdom and the health services provided to it, that he will soon announce the registration procedure for taking the Corona virus vaccine, after ensuring its safety and effectiveness and approval by competent committees and bodies.
- The selection of the vaccine or its approval in the Kingdom and contracting for it is done on scientific foundations and committees that include experts and specialists, which review all scientific and research studies issued, to ensure the first steps for safety and effectiveness Vaccines, He added. Recommend : Pfizer seeks emergency authorization use of Corona vaccine in India
- He said, this is followed by important steps taken by the competent authorities, including the Saudi Food and Drug Authority, and I assure that we have full confidence in everything decided by the authority, due to its position regionally and globally, its leadership and its strong and distinct methodology.
- After these steps, the final approvals are made, as for the target groups to obtain the vaccine, they are those most vulnerable to health problems and virus transmission to them or those who provide care to patients, and there are accurate scientific methodologies that control the process.
- Al Abdel Aali pointed out that the places to provide vaccinations are hospitals and health centers, and sites will be equipped at the highest level, which will be announced later.
- He added, Saudi Arabia has become one among the countries that is showing an improvement and a steady decrease in the level of Corona virus spread and infection. See Also : 21 Expats arrested in Riyadh for Labor and residency violations
- He said the need of strictly following and sticking to the precautionary measures and preventive protocols issued by the competent authorities to stem the spread of pandemic. 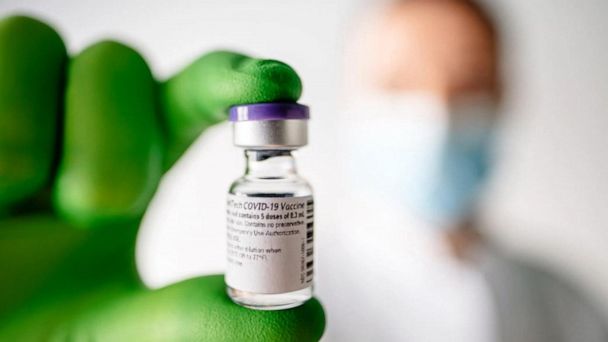