Saudi Airlines (Saudia) clarified the time period required to recover the value of the reservation after canceling, in response to a question from a person who tweeted it on the official account of airlines on Twitter, he asked: "How many days does it take to get a refund after canceling a reservation?"

The official account of Saudi Airlines for guests responded it via Twitter, saying: “Good evening, dear guest, the recovery period takes from 3 days to 45 working days. Thank you for your contact.
- Earlier, Saudi Airlines decided the position of changing or retrieving tickets issued through a travel and tourism agent, and in response to an inquiry stating: “What are the procedures in the event that the ticket is not used for a year from the date of booking?” The airlines said that it is not possible to change or retrieve tickets issued through an agent travel and tourism. Trending : Ministry of HR announces 25% Saudization on Communications & IT jobs
- The official Saudi Airlines account on Twitter said, “Our dear guest, we regret to inform you that Saudi Arabia does not have the authority to change or retrieve tickets that were issued through a travel and tourism agent. We hope that you contact your travel agent directly. Thank you".
- On the 1st of October, Saudi Airlines announced a 75% discount on the value of airline tickets, on the occasion of the 75th anniversary of its inception.
- The official Saudi Airlines account on Twitter said, “In celebration of the 75th anniversary of the establishment of Saudi Airlines, he traveled with Saudi Arabia to any international destination for only 75% of the ticket price. Recommend : HR Ministry extends Article 41 regulations to 9 Months
- The airlines added, "We strive to meet all the desires of our distinguished guests, and the restarting of all domestic flights will be gradual, and in the event of new destinations not mentioned previously, this will be announced." We hope to follow up the flight schedule via the link. 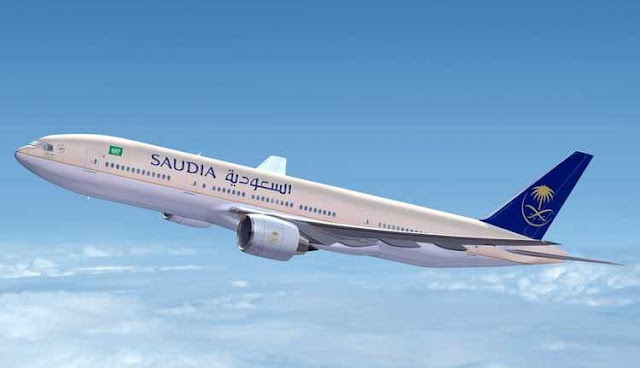