Al Ahsa Oasis in the south-eastern region of Saudi Arabia has entered in the Guinness World Records as the largest  self contained oasis in the world.

Al Ahsa oasis has more than 2.5 million palm trees, it is fed from a huge underground aquifier, which allows agriculture all year round in a region that is otherwise sand desert.
- People who live in and around Al-Ahsa Oasis reacted with joy and pride after the Guinness World Records has recognized it as the largest self-contained oasis in the world. Recommend : Jabal Al Qara in Al Ahsa
- The oasis is named after the Al Ahsa region in which it lies and occupies about 85.4 square irrigated by the flow of more than 280 artesian springs, the reference book known for keeping world record said on its web portal.
- The oasis of Al-Ahsa is more than 6,000 years old, and for all those years it has remained as vibrant and rich as ever.
- Some of the trees are thousands of years old. It is only natural that such an achievement would be recognized, especially given the amount of love and effort that went into maintaining the area over all these years. Related : Jubail and Al Ahsa opened its first cinema theaters
- The Al Ahsa Oasis is recognized as UNESCO World Heritage site under the Cultural Heritage category. Earlier Al Ahsa was in UNESCO's Creative Cities Network in the field of handicrafts and folk arts in 2015.
- The Saudi city of Al Ahsa was also known as the Capital of Arab Tourism for 2019. 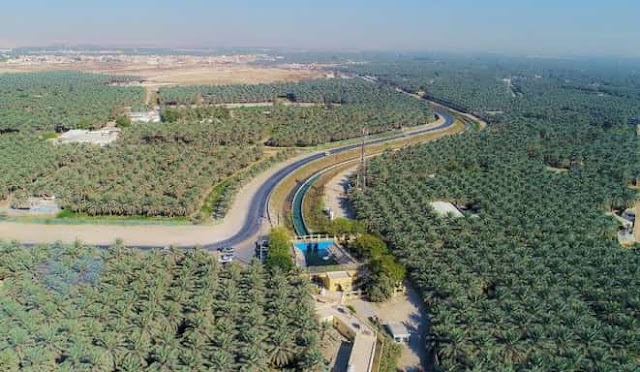