The Arab Coalition command in Saudi Arabia has said that Houthi militia in Yemen launched a bomb-laden drone early Sunday towards Najran city, it was shot down by the coalition.

The spokesperson of the Arab coalition said the drone was launched with aim to target civilians in the Najran the southern city of the Kingdom of Saudi Arabia.
- The Houthi militia launched it in a systematic and deliberate manner to target the civilian objects and civilians said Al Maliki to Saudi Press Agency (SPA).
- Before Today's drone attack, Yesterday, Saturday and Wednesday and Tuesday also drones intercepted by the Saudi Air Defense Forces. The Iran-backed Houthi militia had been accused of continuing to supply weapons to Houthis in Yemen through a base in Somalia.
- The Organization of Islamic Cooperation (OIC) Secretary General Dr. Yousef Bin Ahmed Al-Othaimeen had praised the Arab Coalition Forces, which managed to intercept and destroy drones in Yemeni space, condemning the repeated launch of UAV's by the Houthi militia. 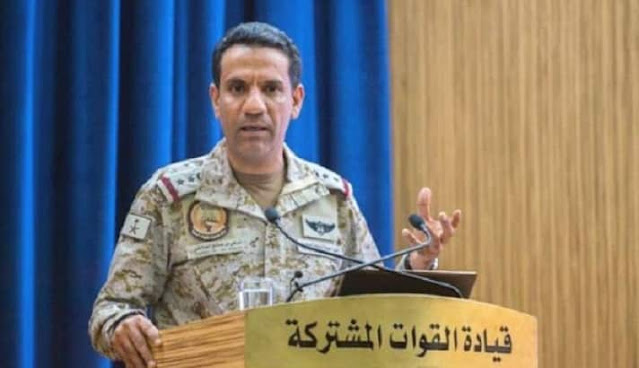