Video : An Earthquake in Turkey's Izmir, 6 deaths and more than 200 injured

Video : An Earthquake in Turkey's Izmir, 6 deaths and more than 200 injured

The Turkish "Anadolu Agency" revealed that 6 people were killed and more than 200 were injured in an earthquake measuring 6.6 on the Richter scale, centered on the Aegean Sea at a depth of 16.5 km, hit the west of the country.

The information received from Ankara revealed that the earthquake occurred in the state of Izmir and was felt by residents of neighboring states and even Istanbul.
- The Interior Minister of Turkey announced that the information received has so far reported the collapse of 6 buildings in 2 regions of Izmir, while citizens have informed the Turkish authorities of the collapse of more than 20 buildings.
- In January of this year, Turkey was struck by a 6.8 magnitude earthquake, which left dozens of people dead, and the earthquake was followed by 147 aftershocks in several parts of the country. Residents of Cyprus, Syria, Lebanon, Iraq and Iran also felt this earthquake, and it was at a depth of less than 7 kilometers, and its center is a town. A tourist overlooking the district on Lake Hazar, the source of the Tigris River.
- As residents rushed to the streets and squares, video clips broadcast by television stations showed rescue teams searching for survivors.
- It is noteworthy that earthquakes are almost constantly repeated, the worst of which struck the city of İzmit with a force of 7.6 degrees, and surprised its sleeping inhabitants at 3 dawn on August 17, 1999, killing 17,000 people, including 1000 in Istanbul, and leaving 500,000 homeless. Made her distressed, suffering from what has happened so far. 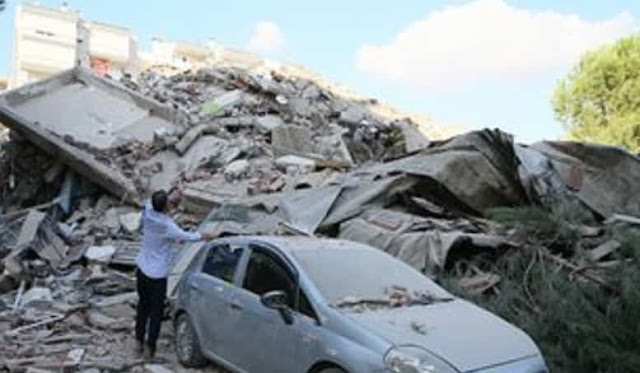