The security spokesman for the Ministry of Interior in Saudi Arabia stated that the security follow-up and search and investigation procedures for the causes of a fire in Jabal Ghulamah, located in Tanuma Governorate in the Asir region, resulted in the availability of information indicating that a number of violators of the border security system set fire due to differences between them.

They run away from the site after the spread of the fire, which spread over an area of ​​more than 4,700,000 square meters, and resulted in the burning of large numbers of wild plants. Trending : Saudi Arabia announces 500,000 SR to the families of the Health workers who lost their lives due to Corona virus
- The security investigations led to the identification of the 3 persons of Ethiopian nationality accused for setting the fire, which resulted in the massive fire. Where they were arrested and legal measures were taken against them.
- The Ministry of Interior declares that it will continue to address with determination and firmness, to all those who are begging to harm the security, stability and safety of citizens and residents, and it also warns violators of the border security system, at the same time, that security men will be on the lookout for them in all locations to arrest them and implement regulations against them. Recommend : Saudi Arabia is set to abolish Kafala system 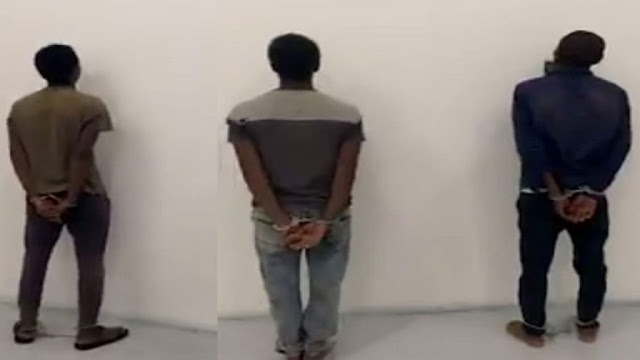