September is Crucial month, As Corona vaccines seek to prove their effectiveness

Health organizations around the world and the majority of the planet's population are waiting for zero hour to start distributing and providing the expected vaccines in order to face the emerging corona virus (COVID-19), and which of the vaccines will prove effective in facing the virus.


Three vaccines are competing for the title of quality in the fight against the Covid-19 virus, and these expected vaccines are the Russian vaccine, the British vaccine, and the Chinese vaccine. Trending : Expats in Saudi Arabia sent 15.2 billion Saudi Riyals to their home countries

- Yesterday, Monday, the Russian Minister of Health, Mikhail Murashko, revealed that the first batches of the Corona virus vaccine in Russia will begin delivery in September. The Russian Minister of Health said, during a press conference in the Moscow, that the vaccine will be delivered to workers in the medical and educational sectors, in the first phase, indicating that the vaccine will be not mandatory at all, according to the Russian Sputnik Agency.

- Russia is the first country to offer a vaccine against the new Corona virus, which it says will be used by the general public. A government laboratory had developed the vaccine, called "Sputnik," and later it was tested on laboratory personnel, then volunteer soldiers. No significant side effects were reported, and official media reported that there were about 40,000 volunteers in the third phase of the vaccine.


The Oxford vaccine is in the process of being tested :

- In the context, the giant pharmaceutical company AstraZeneca announced that it is ready to supply the market with a possible vaccine to treat the Corona virus, starting this September, stressing its ability to produce one billion doses of the AZD1222 vaccine during this year and the following year.

- The company said that it concluded contracts to produce at least 400 million doses of the vaccine, which it is developing in cooperation with the University of Oxford in Britain. Recommend : Domestic worker iqama expired, extended for 3 months, Now what to do?

- Initial trials and tests on this vaccine are continuing, and AstraZeneca has indicated that it is aware that the vaccine may not achieve the desired results. However, the company indicated that it is committed to developing the program for clinical use "in hospitals and clinics," and not within the limits of laboratory experiments.


The Chinese vaccine enters the race :

- Earlier, last July, China announced the availability of the emerging corona virus vaccine, at the end of September of this year, and the vaccine is produced by one of the most famous Chinese companies specialized in the pharmaceutical industry.

- But the company that developed the vaccine, called "Sinopharm", expressed its hope that the new vaccine would be put on the market by next December, and said that the price of the vaccine would be approximately 140 dollars. See Also : UAE grants paternal leave, becomes first Arab country

- It is known that China was the source of the Corona virus that causes Covid 19 disease, before it spread like wildfire throughout the world. And now, China is using its global size and influence in a relentless effort to win the race to develop and use a viable vaccine for the disease. 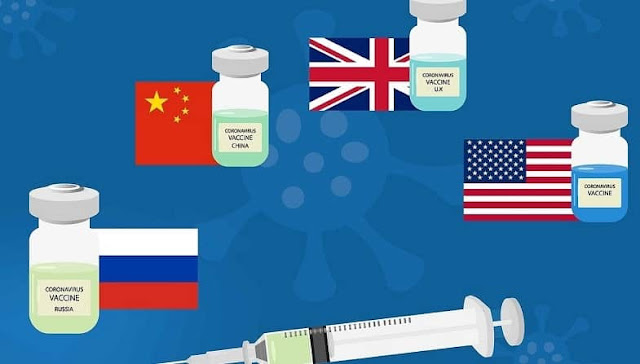