The CEO of the Heritage Authority, Dr. Jasser bin Sulaiman Al-Herbash, announced that a joint Saudi international team has discovered footprints of humans, elephants and camels around an ancient, dry lake on the outskirts of Tabuk, dating back more than 120,000 years from now.

The incredible archaeological discoveries, which were discovered in old dry lake, were announced by the Ministry of Culture;s Heritage Commission during a press conference held in Riyadh. Trending : Saudi Aramco retakes Crown from Apple as World's most valuable company
- This discovery was made possible through the joint efforts of saudi Arabia and international excavation teams. Dr.Jaser said 'The team identified footprint traces of 7 humans, 107 camels, 43 elephants and other animal traces from ibex, deer and bovine families, which were moving in groups of adults and offspring'.
- The team also discovered 233 preserved remains of ancient elephant and gazelle bones as well as evidence of the existence of the predators in the site. Read : Egypt discovers 13 coffins with 2,500 year old Mummies
- This archaeological discovery represents the first scientific evidence about the oldest existence of human life in Arabia and offers a rare glimpse into the natural environment and biodiversity in the region. 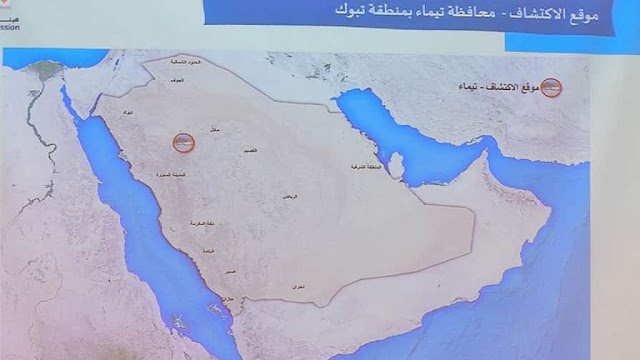