Muroor seizes 2,437 cars, for parking it on the designated places of Disabled

Muroor in Saudi Arabia seizes 2,437 cars, for parking it on the designated places of Disabled

The General Directorate of Traffic Department in Saudi Arabia announced the seizure of 2,437 violating cars in various regions of the Kingdom that parked their vehicle in designated places of the disabilities.

The Muroor explained that the monitoring of these violations came as part of the continuous field work carried out by traffic departments in all regions of the Kingdom, in order to control violating vehicles including those parked in the places designated for this category.
- The Muroor said that it has implementing a field campaign to control parked vehicles in places designated for people with disabilities.
- The General Administration called upon everyone to cooperate, follow and stick by the rules contained in the traffic system. 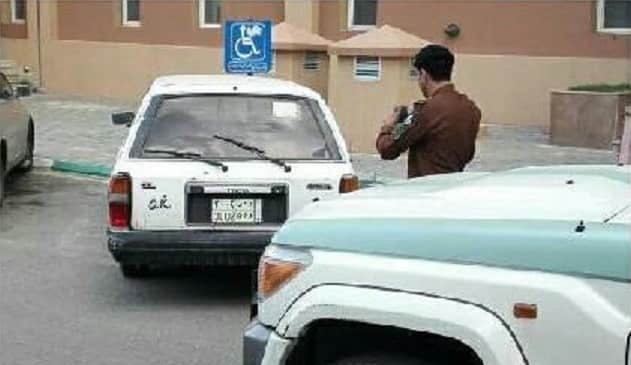 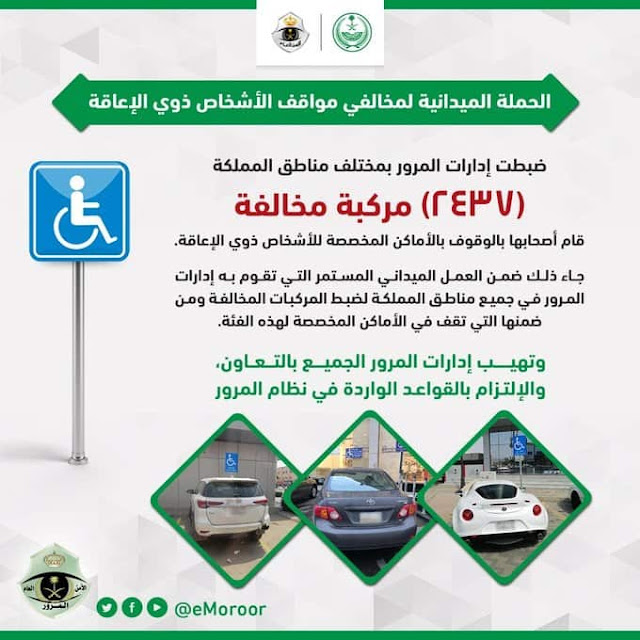