Malaysia cancels Hajj pilgrimage this Year for its Citizens, due to Corona Virus

Posted by : Aahil Shaik Friday, June 12, 2020
Malaysia cancels Hajj pilgrimage this Year for its Citizens, due to Corona Virus

The Malaysian government decided not to send its Hajj pilgrims this year, after the outbreak of the Corona virus and for the safety of its Malaysian nationals. Similar : Indonesia cancels Hajj pilgrimage this year for its nationals


The decision came after many consultations with the concerned authorities, stating that the government has submitted an official request to the Saudi Ministry of Hajj and Umrah through its embassy in Kuala Lumpur to postpone the Hajj for its nationals until next year said Dr. Zulkfi Al-Bakri, The Malaysian Minister of Religious Affairs.

- As per the sources, about 31,600 Malaysian Muslims were registered for Hajj this year, but they will have to postpone their plans to go on a journey of lifetime announced the government of Malaysia. Read : Suspension continues for Umrah pilgrimage

- The Minister said, This is a heavy decision for me to announce the suspension of Hajj for Malaysians, As there is no vaccine to contain the corona virus, which claimed thousand of lives across the world.


- He expressed his gratitude and thanks from Malaysian government to the Kingdom's government led by the Custodian of the Two Holy Mosques King Salman bin Abdulaziz for its tireless efforts to limit the spread of Corona virus infection in the Holy Land. See Also : Meezab-e-Rehmah is smallest piece of Kaaba made up of pure gold

- Earlier than Malaysia, Singapore, Indonesia, Brunei, Thailand and Cambodia announced that their citizens will not perform Hajj this year, in light of the spread of the global epidemic of Covid-19. 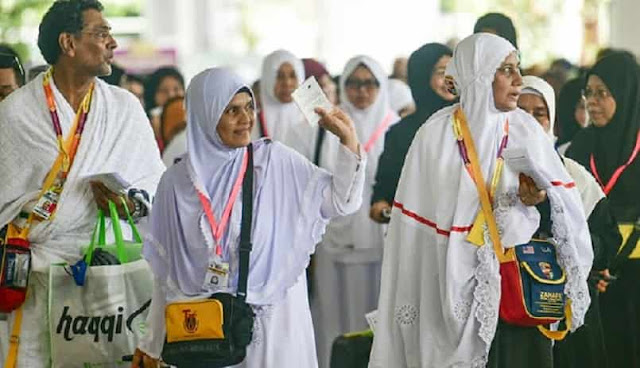