The General Presidency for the Affairs of the Two Holy Mosques head Sheikh Abdul Rahman Al Sudais gave a good news to the worshippers in his video message by saying "That days are coming soon when the faithful return to the Holy Mosques". Most Viewed : Saudi Arabia to refund stamped work visa fee


Earlier this, The Ministry of Hajj and Umrah, in its tweet reassured the pilgrims by saying "God willing, under the leadership of our government, and in with our commitment to follow by the procedures and instructions issued by the competent authorities, There will be a return to the Grand Mosque of Makkah with reopening of the Haram and return to visit the Prophet's Grand Mosque in Madina for the worshippers from all corners of the globe, the feelings of Muslims are with us and we have support from everywhere". Trending : Coronavirus infected woman gives birth to health baby boy in Riyadh

- In his video message, Al Sudais said, Days will come when the sorrow will be driven away from the Islamic Ummah and we return to the Two Holy Mosques for Tawaf, Safa Marwa and praying at Al Rawdah sharif and greet the Prophet.


- Thermal cameras has been installed in the Grand Mosques of Makkah and Madina entrances to detect the Corona virus suspects, The thermal cameras in the Mosques can scan up to 25 people at a time. It has been placed at the entrance doors, If a person is sick the camera will shows him on the device. See Also : Awdah service in Absher is for several listed countries

- However, the date of re-opening the Grand Mosques of Makkah and Madina for the faithful is yet to reveal, But many upgrades are going in the Mosques which is indicating the re-opening of the Two Holy Mosques of Saudi Arabia is coming soon for the worshippers. 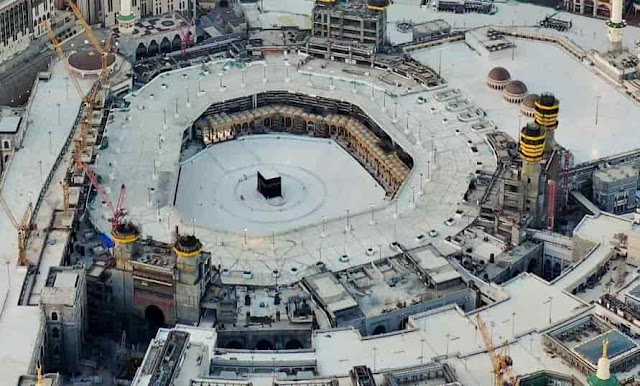