The impact of a cold to severe air mass is expected, temperature to decrease below zero and in large levels, especially in Tarif, Hail and Rafha. Saudi Arabia's capital city Riyadh to record dropped temperatures on Tuesday and Wednesday at night. Trending : Employment contract terms in Saudi Arabia as per labor law


Saudi Arabia's newspapers reported there will be a significant drop in temperatures in the coming hours as "A cold air mass" below zero degree on large ranges in northern Saudi Arabia.

- Some parts of Saudi Arabia to see white snow blankets in some areas, Meteorology in the Kingdom called all the residents and citizens to keep warms themselves and avoid going to isolated places. 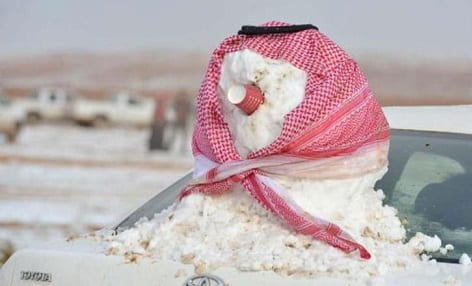