India's Lok Sabha and Rajya Sabha passed the Citizenship Amendment Bill (CAB 2019) on 10th and 11th December 2019, CAB is a bill that is added to the Citizenship Act of 1955 to allow illegal migrants of Hindus, Christians, Sikhs, Buddhists, Jains and Parsis from Pakistan, Bangladesh and Afghanistan, This bill excluded the Muslims from taking this benefit.


All the above mentioned religion people, who entered India on or before 31st December 2014 are eligible for Indian Citizenship.


- The US Commission on International Religious Freedom (USCIRF) called for sanctions against Indian Home Minister Amit Shah and other principal leadership over passage of bill.

- The ruling party Bharatiya Janata Party (BJP) has committed to apply National Register of Citizens (NRC) across India in order to identify citizens and to deport illegal Muslims as other religions gets benefits from Citizenship Amendment Bill (CAB).


- Those Muslims who are unable to produce the required documents to prove their citizenship and inclusion in NRC will be treated as migrants and they are risked to be statelessness. 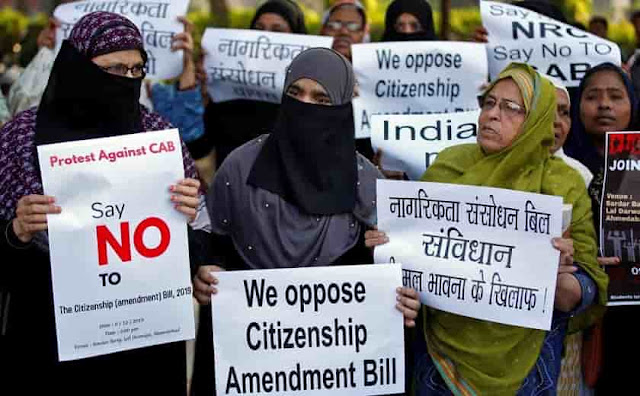