The Custodian of the Two Holy Mosques, Saudi Arabia's King Salman bin Abdulaziz Al Saud received the pledge of allegiance as King of the Kingdom of Saudi Arabia on 23rd January 2015 (2nd Rabi Al Thani, 1436) (02-04-1436). Its a occassion of passage of 5 Years since he took pledge as Sadui Arabia's King.

> Honorary doctorate from Milia Islamia University in Delhi in recognition of his Humanitarian and Charitable Committment to support education.


> Honorary doctorate in law from Waseda University in Japan, in recognition of his outstanding contributions in the Kingdom and in the world

> He received "Kent" medal from sciences and humanities from Berlin Brandenburg Academy in recognition of his contributions to science.

> He was awarded with many more certificates, doctorates and medals from all over the world.

Crown Prince - King Salman was named as Saudi Crown Prince in 2012 after the death of his brother Nayef bin Abdulaziz. 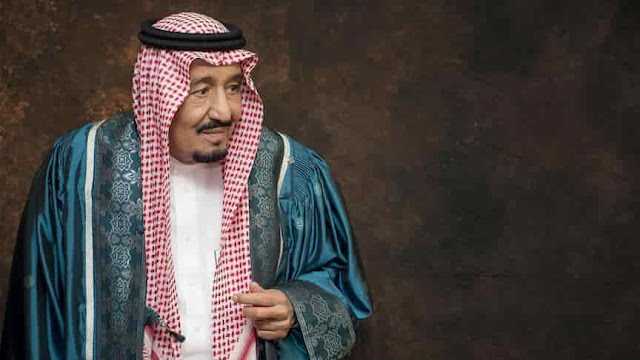