This story seems like a fairy tale and it also has happy ending, An Indonesian old man who was financially unstable but had a strong desire to perform Hajj from long years, he gave up his dream as he cannot afford it.


Uhi is a 130 year old man living in Indonesia, Uhi's family recorded a video holding the Saudi Arabia's King Salman's photo pleading in Arabic that they wish to perform Hajj but due to limited funds they cannot.

- The video became viral in social media and Youtube, and however it reached to Saudi Crown Prince Mohammad bin Salman. Then he and his family got the invitation from King Salman to perform Hajj this year.


- They are undergoing health check ups and their new passports have been submitted to Saudi Embassy in Jakarta to perform Hajj this year as the Guest of King Salman, He will be accompanied with 3 children and 2 grand children.

- Uhi, still cannot quite believe that he and his family invited by King Salman to perform Hajj, He said "I am so happy, I could not believe that this would happen".

- His daughter said "My father always wanted to go on the Hajj pilgrimage, Alhamdulillah, Its happening now, we thank the King who made it possible, Its a biggest gift for us from our Allah". 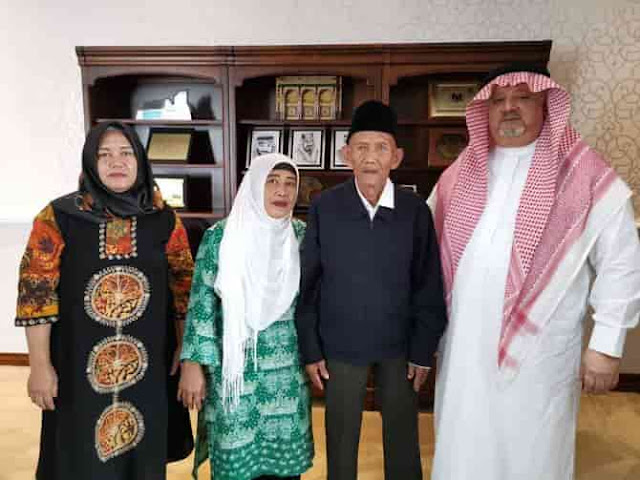