3 EXPATS ARRESTED FOR ROBBING A SUDANI IN BROAD DAYLIGHT

Saudi police arrested three expatriates who are suspected for robbing a Sudanese national living in Jeddah city of the Kingdom of Saudi Arabia. Trending : Most populated countries in the world


Out of arrested 3 expats, 2 were Ethiopians and 1 was a Yemeni national, They attacked a Sudanese national in broad daylight and stole 34,000 Saudi Riyals.

- The viral video on social media shows the culprits as they threw the victim out of the car before driving off. Most Viewed : Working hours in Ramadan in Saudi Arabia as per labor law

- Saudi police in Jeddah announced that legal action had been taken against the thieves before referring them too a stand trial. 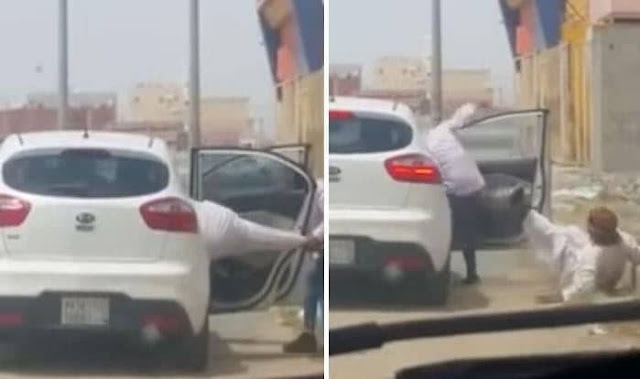