His Royal Highness the Crown Prince of Saudi Arabia has not only ordered the release of 850 Indian prisoners from Saudi Jails, He also announced the increase in quota for Indian Hajj pilgrims to 2 lakh on request of Indian Prime Minister. Related : Saudi visit visa fee reduced for Pakistani nationals


- Saudi Crown Prince is on a tour of Asia in which he first visited Pakistan then to India in a 2 days visit, He is expected to leave for China from India. Similar : Saudi visit visa fee reduced for Indians

- The Crown Prince said that there were many opportunities for India in Saudi Arabia. "We expect that the opportunity we are developing in India in many fields, We want to work as 2 governments to ensure these investments and achieve beneficial returns for both countries". See Also : Check Saudi visa stamping status on passport

- "We hope that Indian and Saudi Arabia relations will contribute to providing more opportunities for Indian laborers and manpower to contribute the future of the Saudi Arabia in building Saudi Vision 2030". 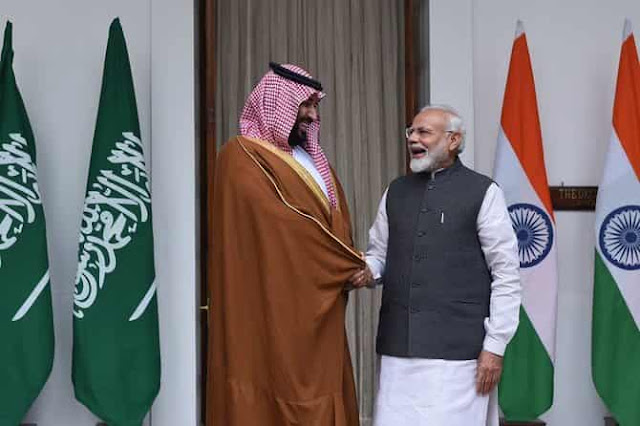