The doors of Kaaba were opened for Pakistani Prime Minister Imran Khan as he performed Umrah in his 2 day visit to Saudi Arabia. Trending : Haramain train tickets to be double after 2 months of its operation


The video of Imran Khan entering the Kaaba and the pilgrims observing the moment, took pictures and videos, The clip is posted on The Pakistani Prime Minister's official Instagram account. Recommend : Saudi Airlines launched free FB Messenger texting on board

- In the viral video Mr. Khan is seen in Ihram, performing Umrah and entering through the doors of Kaaba along with the authority officials.


- According to the post, "Prime Minister Imran Khan performed Umrah where he was received warmly by the people. The doors of Kaaba were opened for the Pakistani delegation". Related : Umrah pilgrims on Umrah visa can go to any city in Saudi Arabia

- The pictures and videos of the Prime Minister visiting Madina were also viral in the social media.

- Pakistan will always stand by Saudi Arabia as Saudi Arabia always has been of great help for us. The Government of Saudi Arabia has always been generous to Pakistan in times of our need said Mr. Prime Minister of Pakistan. See Also : Child safely delivered above the clouds in Saudi Airlines flight


Prime Minsiter Imran Khan preformed Umrah where he was received warmly by the people. The doors of Kaaba were opened for the Pakistani delegation #PMIK
A post shared by Imran Khan (@imrankhan.pti) on Sep 18, 2018 at 10:41pm PDT 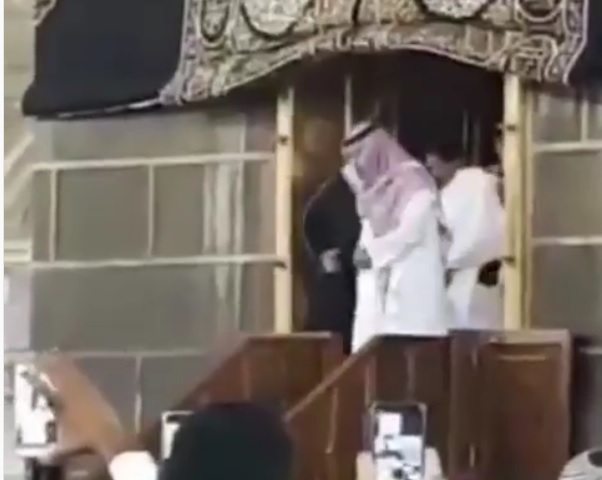