INDIAN EXPAT DIES AFTER BITTEN BY ANT IN RIYADH

In a shocking incident, An Indian woman from Kerala died in Riyadh, the capital of Saudi Arabia after being bitten by a poisonous ant. Related : Indian arrested for smuggling riyals in bananas


Soosy Jeffy was 36 years old and her native was Adoor in Kerala, According to the sources close to the family, Susy was at home when she complaint that something had stung or bitten her. Her husband spotted an ant and subsequently threw it out. Similar : Kerala groom attends marriage on video call

- Soonly Susy body began to swell up, After this she have problems in breathing and gasped for breath, She was admitted in the ICU of Obeid Hospital in Riyadh on March 19 after she went into a anaphylactic shock.


- According to the hospital officials, Her blood pressure level and pulse were low when she was admitted to the hospital. Her family said she was bitten by some kind of an ant, her husband said he had seen the ant himself. But we cannot verify this since no tests could be done to verify if there was poison in her body. Trending : Indian mother arrested for fake currency

- There was no visible bite mark, She had a history of asthma, we gave her medical help to improve her Blood Pressure, she was on ventilator support said hospital official.

- Few weeks ago, another person had been admitted almost in same condition of anaphylactic shock, In that case too family said it was because of poisonous ant bite, in this case also patient died, As per the report of The News Minute article. Read : Expats kids set to say goodbye to Saudi Arabia

- Its still not clear that what kind of ant bit Susy and the details of her medical treatment are yet to be known, Sources say that some poisonous ants including red ants could prove fatal to those who are allergic.


- In another situation in 2017, A woman died in Bolivia, after she was tied to a tree infested with poisonous red ants, The woman was accused of stealing a car and was forcefully tied to a tree by a mob. Even though the woman was rescued by police she died of breathing difficulties. See Also : More than 2 million jobs hold by Indians

- The report said the tiny insects chewed on her windpipe, resulting in severe swelling that closed her airway. 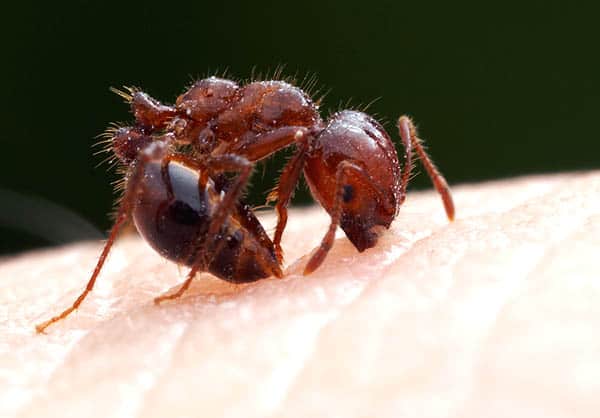