In October, the company signed a strategic partnership agreement in the field of land investment and the establishment of vital projects, and the provision of geographical locations of the Pick up restaurants in the Kingdom, with the "Peace Stars Holding" companyto build 6 branches in Riyadh and one branch in Qassim. Most Viewed : Saudi Arabia's Qiddiyah project is a rival of Disney world park

- The branches are located in Riyadh in Al-Andalus, Al-Rayyan, Al-Naseem Al-Gharbi, Al-Fayhaa, Al-Suwaidi, Al-Azizia and Al-Qassim in Al-Rayyan.


- Albaik is famous for broasted chicken, nuggets, shrimps and fish fillets with its low price strategy, it reached all types of people, Currently there are so many branches in Saudi Arabia including in cities like Jeddah, Makkah, Madina, Taif, Yanbu, Abha, Jizan and Buraidah. See Also : Students crying hard after they heard a fake news of teacher retirement 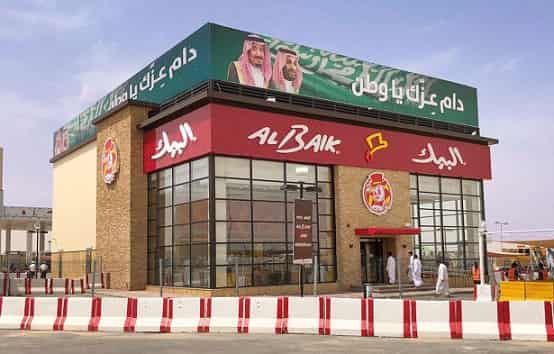