SAUDI ARABIA IS ALL ABOUT ACTION NOT WORDS

Saudi Arabia is supporting Rohingya Muslims since 70 years at the international level by providing them assistance and donations. History is the witness that the Kingdom is the first country for standing in support of Rohingya's at the International level and United Nations Human Rights Council.

Saudi Arabia started receiving refugees since 1948, Today there are more than 300,000 Rohingya Muslims are living in the Kingdom, The Saudi Arabia has donated 50 million dollars for the Minority people through health rehabilitation, educational programs.


- Being the leader of the Islamic world, Saudi will continue its efforts and contacts in order to solve the problems and find the solutions.

- Many years ago, Rohingya Muslims started coming to Makkah fleeing from their own government from Rakhine state till two years.

- The late King Faisal bin Abdul Aziz offered Rohingya people with special residency status, till now the Burmese people has found care and mercy in the Kingdom which was lacked in their country.

- Makkah Governorate offered more than 250,000 free residence status including free education, health care and employment to Burmese Muslims, Which is the biggest humanitarian program for any refugees.

- Since the start of Syrian war, Saudi Arabia has donated more than 708 million Saudi Riyals for the Syrian refugees and welcomed 2.5 million Syrians to live with Saudi's, For now more than 600,000 Syrians are living in the Kingdom having the rights equal to the Saudi's.

- Saudi Arabia build more than 200 Mosques in Germany for Syrian refugees for the cost of 900 million dollars, Saudi Arabia is built majority of the mosques in the poor countries of all around the world.


- In the Palestine, Gaza is receiving a Saudi Medical aid care package since years.

- Saudi Arabia is donating tons of dates every year for the poor Muslim countries.

- 7500 families in Yemen received Food Baskets in the month of Ramadan from the Saudi King Salman Relief Center. In Yemen Saudi King Slaman has increased the humanitarian aid of worth 540 million dollars.


- There are many more efforts from the Kingdom of Saudi Arabia is done silently, As we need to finish the article we will stop here by concluding Saudi Arabia is all about work not about words. 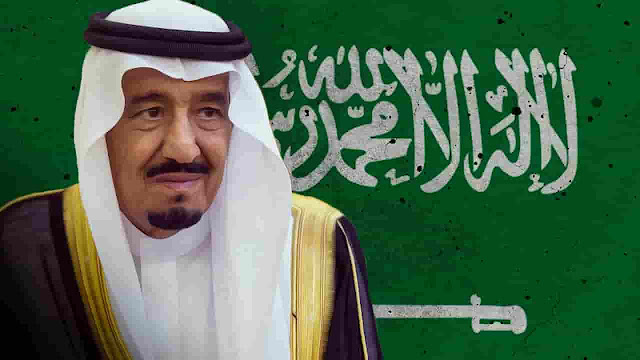