Posted by : Aahil Shaik Sunday, September 24, 2017
EXTENSION OF AMNESTY PROGRAM FOR ONE MONTH IS FOR ALL ILLEGAL EXPATRIATES


Hundreds of undocumented Filipinos to return home in this 2nd extension of a campaign "A Nation without illegal expats". Trending : A Filipino won 200,000 Saudi Riyals

- Foreign Affairs Secretary Alan Peter Cayetano said this campaign will benefit 6000 Filipinos, who were unable to benefit from the last amnesty program of 90 days and 30 days.

- He thanked the Saudi government for allowing their stranded kababayans to take home by benefiting in this amnesty of 30 days. Most Viewed : Embassy Advice to Filipinos


- This campaign started on 25th September 2017 for Filipinos and it will be finished on 15th October 2017, It is requested to avail the opportunity before its last date.

- In the last amnesty period, more than 8467 undocumented Filipinos benefited from the campaign and returned home safely in different batches. Similar : 28,000 Expats to replace with Saudi citizens

- The Philippine Government is very thankful said Cayentano to Jubeir while delivering his country's statement in the General Assembly.


The Philippine Embassy in Riyadh wishes to announce that the 2017 KSA Amnesty Programme "A Nation Without Violators" has been re-implemented starting September 25, 2017.

Those requiring travel documents and other assistance related to repatriation are advised to visit the Embassy from 8:00 am to 5:00pm. Further announcements will follow. 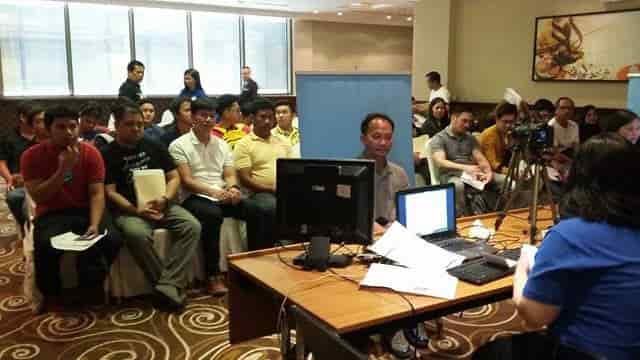