Overstaying Expatriates and iqama violators should leave Saudi Arabia with in three months of amnesty period which is started from March 29 (1st Rajab 1438) instead of facing high and severe penalties. Trending : Amnesty period is extended for one more month


Crown Prince Mohammed Bin Naif, Deputy Premier and Minister of Interior announced the above statement during the inauguration campaign of "Nation free of violators" at ministry office, The campaign was approved by King Salman. Related : One month deadline for returning employees passport

- This 90 days amnesty period helps violated expatriates to correct their status and exempt from heavy penalties, Corrected status expatriates will get a right to work legally in the Kingdom.

- Overstaryers of Hajj visa, Visit visa, Umrah visa and Transit visa need not to visit government offices, they can directly depart from any of Kingdom's sea port. Similar : One more sector reserved in Saudization

- Work visa and iqama violators must depart from the Passports Department or Ministry Of Labor by following a different procedure.

- All the embassies in the Saudi Arabia are informed through MOFA (Ministry Of Foreign Affairs) about this amnesty period of 90 days and about this new campaign "Nation free of violators".


- Iqama violators, Labor regulations should take the initiative for voluntarily depart from the Kingdom, Fingerprints of violators will not be recorded in this specific amnesty period, So that they can get a chance to come again in Saudi Arabia. 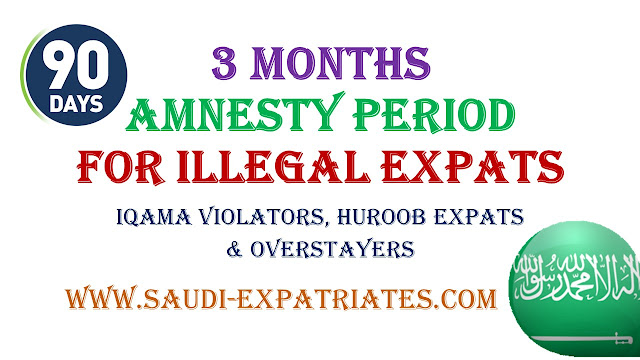