Most of the Airlines issued notifications of this charge for those all who are booking flight reservation tickets. One of airline carrier notification is mentioned and attached below. Recommended : Petrol Prices Increased in Saudi Arabia 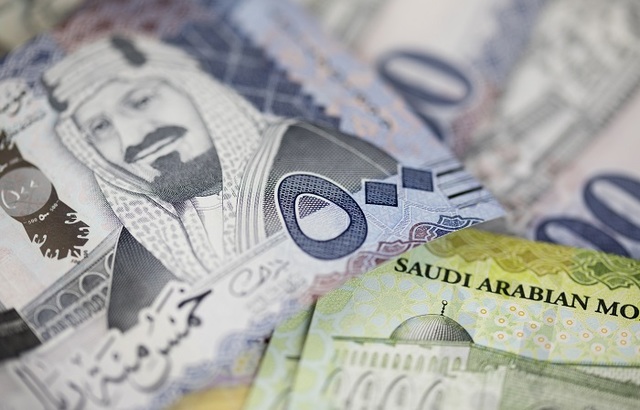 Kindly be informed that GACA has imposed Airport Building Charges(ABC Tax) of SAR 87.00 for all passengers departing/arriving on an international flight at any of the airports in the Kingdom of Saudi Arabia effective 01 Jan 2016.

Kindly ensure that all tickets Issued/ReIssued effective from 01 Jan 2016, Include SAR 87.00 for one way and SAR 174.00 for return, Under tax code IO. The previously applied fee of the international departure SAR 50.00 UR tax shall not be claimed separately after the date of 01 January 2016.

Kindly find the attached circular from GACA for your reference.


Saudi Arabia International Airport facilities Fee (SR 87 per passenger) would be recovered from airlines as per The General Authority of Civil Aviation (GACA). In case of failed to pay this fee, penalties will be imposed on that carrier airlines. GACA would review the rate of inflation of this service fee in every 3 years.


- This Fee is also applicable for those Passengers who change flights from Kingdom Airports as they are treated as arrival. Recommended : Alfursan Card

- Transit Passengers who remained in flights for traveling another country destinations would be exempt from paying this fee. Recommended : Umrah on Visit Visa

- Every Saudi expatriate and citizen should bear this charge while going for vacation or tour and while coming from vacation or tour. Recommended : Carrying Zam zam in Saudi Airlines 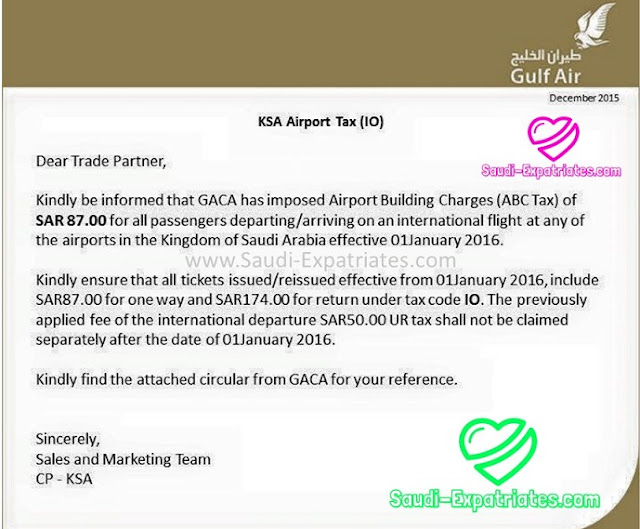