Posted by : Aahil Shaik Wednesday, May 20, 2015
EXPATRIATES POPULATION IN SAUDI ARABIA
Kingdom of Saudi Arabia is a second home for 10.4 million expatriates (Earlier in 2015, 9.2 million expatriates), of which 42% are working in both public and private sectors. Nearly 86% of foreign workers in Saudi Arabia has a monthly salary of less than 2000/- Saudi riyals. According to a study conducted by International Al-Jazeera Academy and Saudi Department of Statistics and Information. 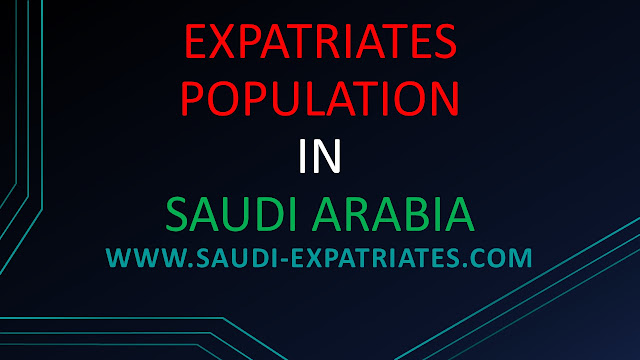 As per Central Department of Statistics & Information, In the starring year of 2016, KSA has a population of 31.52 million, while In the year end of 2014, KSA was seen a population of 30.8 million. Out of this 10.4 million are Saudi expatriates earlier it was 9.2 million that is nearly 33%, 75 percent of expatriates are from India, Pakistan, Bangladesh, Egypt and Philippines. In the next 25% we have expatriates from Yemen, Indonesia, Sudan and other countries. 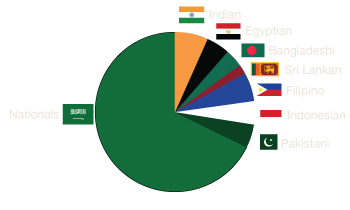